When 4K TVs debuted in the early 2010s, they were revolutionary: the clear next step in HD TV, so picture-perfect that they made stage makeup visible and rendered some older shows uncanny. The fact that stage makeup wasn't ready for 4K was instructive because most consumers weren't either. The technology, however impressive, was simply to expensive.

Not so anymore. 4K TVs are more affordable than ever. The market has hit the 4K "tipping point." Dropping prices caused an explosion of 4K TV purchases in 2016, 2017, and 2018, as consumers that had stayed away suddenly found themselves able to afford the latest tech.

Today, 4K is no longer only for deep-pocketed early adopters. So Roku (NASDAQ:ROKU) had its timing right when it released the cheapest 4K streaming stick ever. 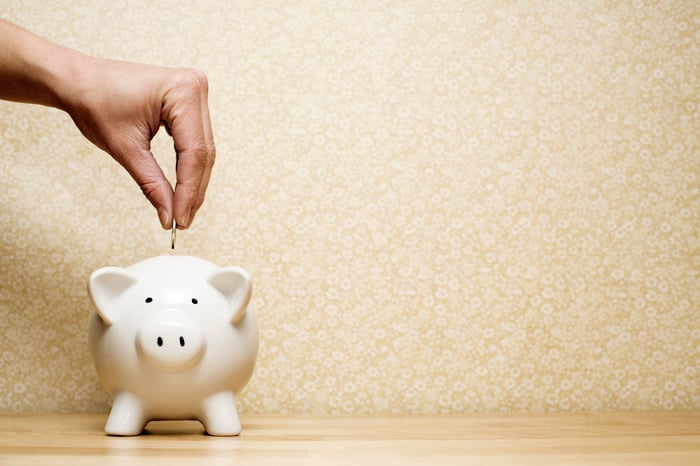 Roku and the Roku Premiere

At that time, the Roku Premiere was a 4K streaming device that cost $80. A year later, the Premiere and Premiere+ disappeared from Roku's lineup and were replaced by the 4K-capable $69.99 Streaming Stick+.

Now, the Roku Premiere is back. It has a new form factor -- like the Roku Express, it's a little bar-shaped thing -- and, most importantly, it now offers 4K streaming with a $40 price tag.

An assault on Amazon

Roku is already sitting on top of the streaming device heap. Roku's market share is an enviable 37%, which tops Amazon's (NASDAQ:AMZN) 28% and positively trounces other competitors, like Google (NASDAQ: GOOG).

But Roku's overall sales don't necessarily translate to dominance at every price point.  It's important to note that Amazon's offerings have long trended cheaper. Amazon moved its flagship Fire TV device away from the high-end when it released the current version ($69.99), and it left that end of the market unaddressed for a bit before eventually moving back in with its Fire TV Cube ($119.99). Amazon has done very well with its low-priced Fire TV stick ($39.99).

Roku's platform and its future

Roku would like to sell devices in the short term, of course, but Roku views itself as a platform company first and foremost.

Roku's market share indicates that there are some users who prefer its platform -- including some who are willing to pay for higher-end devices. The more people who prefer Roku's platform, naturally, the better for Roku. So, in addition to maintaining its fans, Roku should target people who do not yet have a streaming platform preference -- or who prefer a rival like Fire TV.

Where are those people? At least some of them must be in the low-priced end of the market. Why splurge if you don't have a preference? Why pay more for some other device if you prefer Fire TV?

Roku's platform as the default choice

Attacking Amazon at this low price point makes sense for Roku. So does investing in its successful line of Roku TV devices.Roku has partnered with manufacturers like TCL to get its TV business off the ground, and the move is a wise one. Smart TV users may buy streaming devices to improve their experience, but plenty don't; the fact that Netflix and other apps can be accessed through the TV itself encourages users to accept the default.

As a result, Roku is making itself the default by making its own TVs (so, it's worth noting, is Amazon's Fire TV). And it's no coincidence that Roku's 4K TVs are among the most affordable on the market. Once again, Roku is making sure that cost-conscious consumers find their budgets leading them to a Roku-based experience.

Roku is in this for the long term. They're willing to lose money to put their platform on people's television screens: it's worth remembering that Roku lost tens of millions of dollars in the run-up to its IPO because it was spending more on manufacturing and marketing than it was earning in sales.

Those are losses worth taking if Roku can grow its market share, because familiarity and ease of use are powerful allies in the streaming platform wars. Roku and Fire TV devices are not rare these days, but they're still relatively new, and customers -- particularly older and less tech-savvy ones -- are likely to be loyal to the platforms they already know how to navigate.

The growing market for affordable 4K solutions is the perfect place to look for new customers , and the perfect place to build loyalty among those who might be new to streaming boxes and streaming platforms. Amazon knows it, too. As of this writing, Amazon is having a big sale on Fire TV devices. The flagship Fire TV, Amazon's cheapest 4K-capable device, has been marked down from its usual $69.99 to -- you guessed it -- $39.99.

Investors will want to pay close attention to Roku's sales. If Roku chooses to break out its sales by model and that data shows the lower-priced models gaining market share,  it will be a sign that Roku is gaining the upper hand on Amazon. Keep an eye on Roku's smart TV offerings, as well. Roku wants its platform to be the default choice of as many consumers as possible, and the key to that is exposure. Having the platform built into popular, low-priced TVs is key to that goal. So is having the inside track with people looking for low-priced devices.