Tilray (NASDAQ:TLRY) has rapidly become the most valuable marijuana company in the world. The company's $13.6 billion market cap, after all, is substantially higher than those of either Canopy Growth Corporation (NASDAQ:CGC) or Aurora Cannabis (TSX:ACB) -- Canada's second and third most valuable cannabis-oriented businesses, respectively.

As Tilray's 2019 sales are projected to fall well short of Canopy's, Aurora's, and even some other smaller Canadian growers, however, this premium valuation may not be warranted. Tilray, in fact, might be ridiculously overvalued right now. That's the growing consensus among skeptics at least. 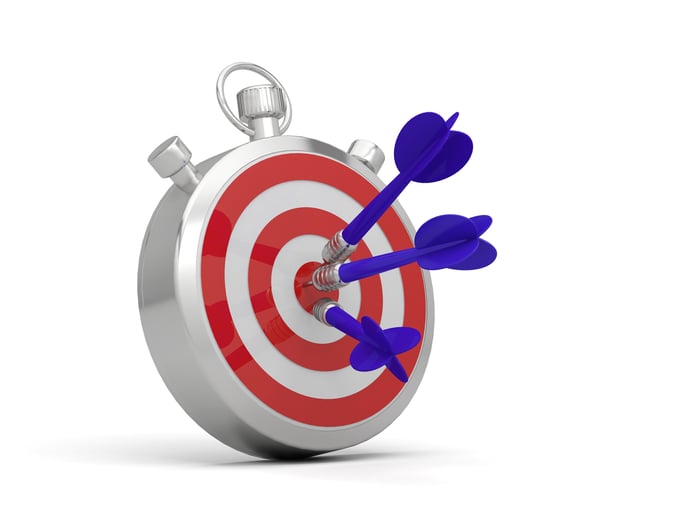 But the market might be offering a preview of a far deeper story yet to unfold. Here's what investors need to understand right now.

A war is coming

Some analysts have argued that Tilray's monstrous valuation shouldn't be evaluated on traditional metrics like price-to-sales or price-to-earnings ratios. Rather, the company's most important asset might be its staying power.

Why? A war in the global pot market is about to break out, sparked by the upcoming legalization of recreational use marijuana in Canada next week. The long and short of it is that there are over 100 licensed growers in Canada already and numerous additional applications currently pending with Health Canada. Topping it off, Canopy, Aurora, and almost every other big-time grower has been investing heavily in new facilities to increase their production capabilities ahead of this pivotal event.

Even so, the Canadian medical and recreational cannabis markets combined are only expected to generate about $10 billion in sales (USD) at peak. And the far larger United States and European markets aren't quite ready to allow full-scale legalization.

The point is that there simply isn't enough business to go around at this stage of the game. As a result, a supply glut is likely to occur in Canada by this time next year and the global market simply isn't ready to absorb this overcapacity. Prices are thus destined to plummet in Canada over the next year or so.

The headline here is that there will only be a few survivors in this emerging market when it's all said and done. Numerous companies will likely go bankrupt in short order and only a lucky few might be bought out by the industry's top dogs. Tilray, for its part, appears to have a better-than-average shot at being among the few winners in this highly competitive space.

The answer to this question is simple: cash. Last week, the company announced a massive convertible senior note offering of $450 million, which is expected to settle on Oct. 10. This debt offering should result in $435.0 million in net proceeds to Tilray at a minimum. But the company could walk away with as much as $500.5 million if the initial purchasers decide to buy more optional notes.

Through this senior note transaction, the company will greatly increase its cash runway and have the ability to acquire some of the smaller players in the field. That's key because one of the best ways to reduce competition and keep prices high is to limit supply.

On the flip side, this debt offering comes with a 5% annual interest rate and these interest payments could become a net drag on the company's bottom line. So, there is a serious downside for investors to keep in mind with an offering of this size.

But Tilray will end up with one of the best working capital positions in the space -- if this offering goes off as planned. Tilray's newfound financial capacity should thus allow it to keep growing in the near term and remain in the game long after numerous other entities fade away.

Is Tilray's stock now a buy?

Tilray's decision to raise capital while the sun is shining is undoubtedly a smart move. But that doesn't mean its stock is a compelling buy right now. Tilray's rather rich valuation is at least partially due to its 180-day lock-up period following its initial public offering. So, once this lock-up period expires on Jan. 15, 2019, this valuation will probably take a step back.

That being said, Tilray's long-term future is now much more secure than it was a week ago. The company now has the working capital to push through the upcoming supply gut and pricing war in Canada, perhaps setting it up to become a top player in the field almost by default. And that favorable outlook should translate into nice gains for investors over the long run.