Shares of Tahoe Resources (NYSE: TAHO), a midtier precious metals miner, plummeted 19% in September, according to data from S&P Global Market Intelligence. The stock's movement extended the 29% slide it had experienced through the first eight months of the year. What frustrated shareholders so severely? The primary culprit for the stock's slide was the company's announcement that it had learned from a Guatemalan Constitutional Court press conference that the company's mining license for the Escobal mine had been suspended.

According to management, a Constitutional Court ruling reversed the decision of the lower Supreme Court, which had reinstated the Escobal mining license for the company's Guatemalan subsidiary, Minera San Rafael. Management proceeded to explain in a press release that the company's mining license will continue to be suspended "until the Ministry of Energy and Mines (MEM) completes the ILO 169 consultation with the Xinka communities in the region of the Escobal mine."

Adopted by the United Nations International Labour Organization (ILO) in 1989, Convention 169 requires governments to consult with indigenous peoples with the goal of obtaining their agreement. In regard to Escobal, Tahoe states that this entails a formal dialogue, moderated by MEM, between Xinka indigenous communities and Minera San Rafael. 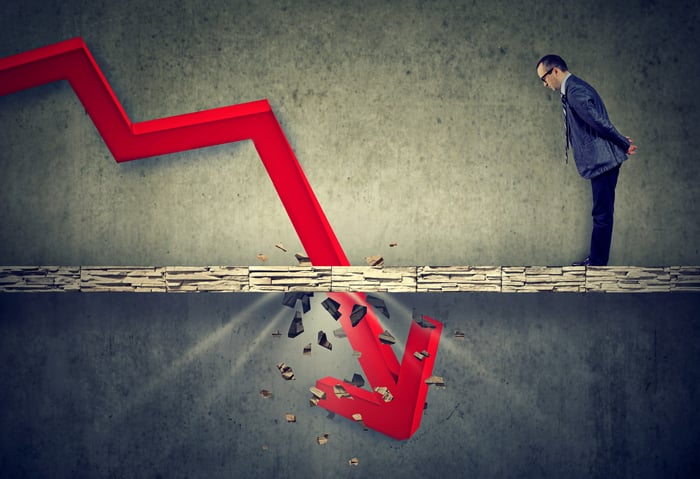 Earlier this week, Tahoe reported that it has received clarification from the Guatemalan Constitutional Court regarding the consultation, and it expects the first stage of the consultation to begin shortly and to last about a month.

According to Morningstar, Tahoe has only $5 million in net debt as of the end of the most recently completed quarter, and it generated $18 million in operational cash flow thanks to mineral production at its three gold-producing mines. So it seems like it will be able to weather the suspended Escobal mining license. Nonetheless, there are more compelling opportunities for precious metals investors, and the downturn in Tahoe's stock hardly equates to a screaming buy.