2018 has been absolutely brutal for homebuilder stocks. NVR (NYSE:NVR), one of the better-run businesses in the industry, has seen its stock decline 39% year to date even though the company's earnings have continued to post significant year-over-year results. As a result, the company's stock is trading at its lowest price-to-earnings ratio in a decade. That's a lot of pessimism for a company that is facing a modest contraction in the housing market.

Even though the market isn't as strong as it was at the beginning of the year, this price decline looks incredibly overblown. Let's take a look at NVR's most recent results and see why the market might be overreacting. 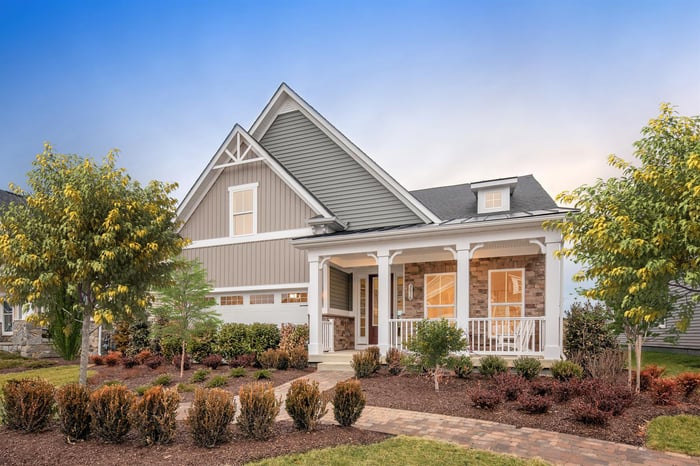 This past quarter was pretty good from a sales perspective, but we kind of already knew that coming into the quarter, because many of the homes NVR delivered in the quarter were ordered months ago. Unit sales were up across the board, but margins were hit by a slightly lower average selling price per home and rising costs. In fact, as you can see from the numbers above, the only real difference year over year between NVR's net income results was a significantly lower tax bill that was a result of the tax cuts that took place at the beginning of the year. 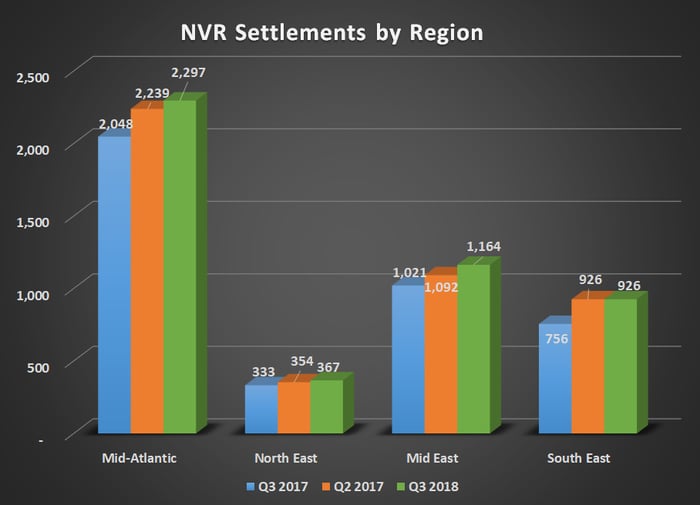 Looking ahead, there were some signs of a modest cool-down coming for NVR. Net new orders were down 13% compared to the second quarter, and home deliveries outpaced new orders, which means that its backlog declined slightly to $3.66 billion. This decline could continue in the coming months, since the housing market is seasonal, meaning sales are at their highest in spring and early summer. So investors shouldn't be too alarmed if there is another sequential decline in the next quarterly report.

Time to put that cash to work on investors

A stock price decline like NVR's has experienced over the past year is hard to stomach. If there is one silver lining to this price decline, it's that NVR's management is going to be able to reduce its share count faster. NVR's management team engages in serial repurchases of its own stock. Just a few weeks ago, management announced its third $300 million share repurchase authorization program in the past year. Even more impressive is that the company hasn't been loading up on debt to make those share repurchases, either, as its long-term debt outstanding has held steady since this time last year and its debt-to-capital ratio remains one of the lowest in the homebuilding industry. That means the company is generating plenty of free cash flow to reward shareholders, something that isn't common among homebuilders.

One thing that was concerning was that some of NVR's generous stock option plans were more than offsetting these stock repurchases. That issue seems to have gone away, as the company reduced its diluted shares outstanding by 4.8% over the past year. If NVR can continue to generate cash in a flat to slightly declining housing market, then those share repurchases should go a long way in enhancing shareholder value over time. 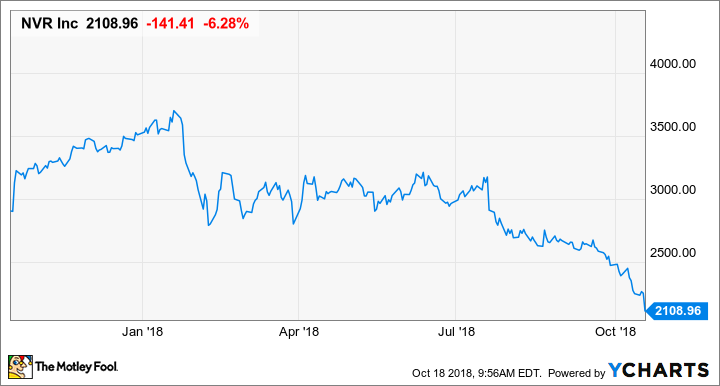 NVR is in a cyclical business. There is no getting around that. The company's earnings are going to have their ups and downs from housing market metrics and sentiment about homebuilders. Over the past year, that hasn't been great, as a lot of people on Wall Street are becoming fearful of the housing market after an exuberant 2017.

That said, NVR has consistently been one of the industry's best capital allocators for more than a decade and has generated a lot of shareholder value from consistent shareholder repurchases and by remaining a nimble homebuilder without a lot of capital tied up in developing lots. That's why the company was one of the only ones to remain profitable during the housing collapse and consistently cranks out returns on invested capital well ahead of anyone else in the homebuilder industry. 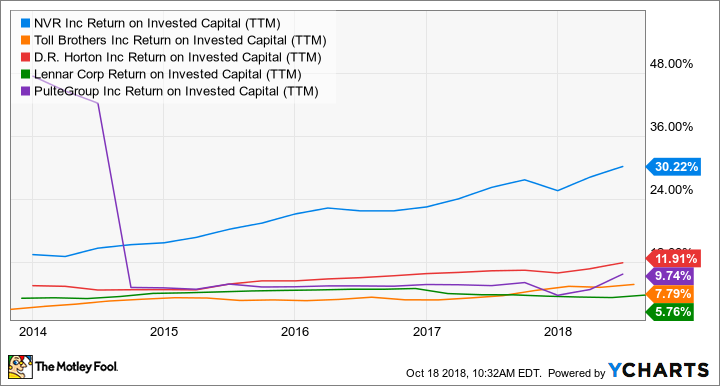 Even though the company has proven itself to be one of the best in the business, the market has dragged down NVR's stock considerably, and it now trades for 13.9 times earnings. It is still a slight premium over the rest of the homebuilding industry but is still incredibly cheap for a company with such a great reputation for shareholder returns.

There is a chance that rising interest rates and high home prices will dampen growth in the housing market, and it's entirely possible that NVR's stock could decline further. That said, it looks like an attractive stock right now that could continue to look better over the coming quarters.