For a second day running, Russian internet search giant Yandex N.V. (NASDAQ:YNDX) -- which is actually headquartered in Holland -- is seeing its shares decline. After shedding 18% of its market cap yesterday on news that Russian state-controlled banker Sberbank is angling to take control of it, Yandex shares fell another 8.6% through 12:50 p.m. EDT -- and presumably for the same reason.

So why is everyone so worried about Sberbank? Here's the problem in a nutshell: First off, whenever someone says "Sberbank," you need to think "Vladimir Putin," who controls Sberbank by way of the Kremlin's 52.5% ownership stake  in the bank.

When Yandex originally went public on the Nasdaq in 2009, Sberbank was awarded a Russian "golden share " permitting it to veto any attempted sale of more than 25% of Yandex's stock, presumably in order to ensure that the company, already headquartered overseas, could not fall under foreign control as well. Sberbank's attempt to acquire formal ownership of 30% of Yandex's shares (that's the rumor, anyway) would give it a second, more traditional way of preventing Yandex from taking corporate actions of which the Russian government does not approve.

In the opinion of analysts such as Russian rival bank VTB, what we're seeing here therefore is a "creeping takeover " of Yandex by the Russian state -- a disconcerting prospect given that Vladimir Putin is on record saying that the "internet" as a whole is basically a "special project of the American CIA," and that the best way for Russia to defend itself from this plot is to use companies like Yandex to "secure the interests of the Russian Federation." 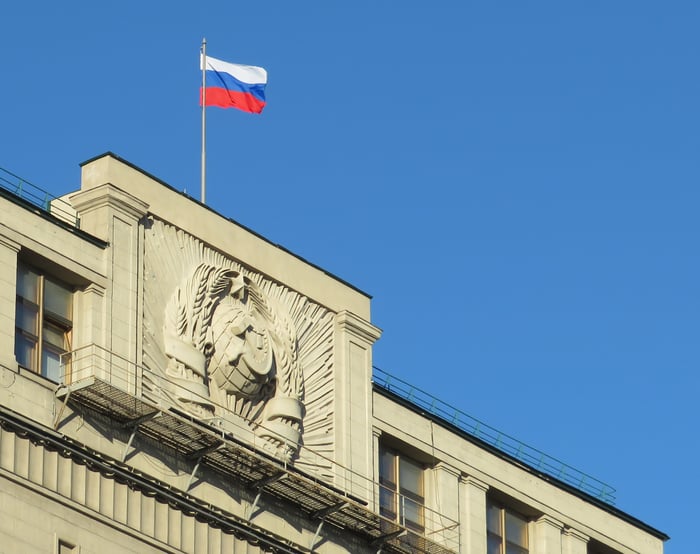 Now it's important to note that there's been no confirmation that Sberbank has bid for Yandex at all -- or that Yandex is interested in selling. Still, if a bid does emerge, The Moscow Times warns that "Yandex and the Kremlin ... represent two different Russias with little overlap." At Yandex, "staff enjoy a free atmosphere of creativity, informal dress code ... and hip cafes where employees play video games."

As for Mr. Putin ... he's been sighted shirtless from time to time, and it's been reported that when he visited Yandex in Moscow last year, many of its hangout spots were closed ahead of his visit. Investors are clearly nervous about what the future holds.