Amazon's (NASDAQ:AMZN) cheapest home speaker, the $49.99 Echo Dot, seemed like the best of both worlds when I bought it for 30% off during a holiday sale last year. The Dot has a broad range of functions, yet doesn't break the bank.

At the end of September 2018, Amazon announced the third generation of the Echo Dot, its most popular Echo speaker. The Dot had last been updated in the fall of 2016. This new version has a revised design with a fabric cover, and it boasts better audio quality.

But while the Dot is affordable, it still might not be worth the money for some people. So if you're thinking about buying a Dot this holiday season, here's my honest take on whether I think this portable home speaker is worth buying. 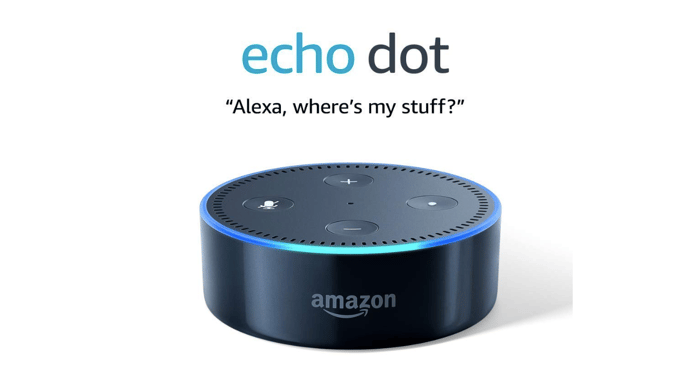 The Amazon Dot is the cheaper version of the original Amazon Echo. Image source: Amazon.

One of the best things about the Dot is that the only setup required is plugging it in and downloading the corresponding Alexa app. If you're new to Amazon devices, Alexa is its digital voice assistant.

The first thing I did after finishing the quick setup process was message my friend Carl using the Dot. You can use the Dot to message people only if they have an Echo device or at least the Alexa app, so my choices were limited. When I messaged my friend, I asked him how often he used his Dot, and he replied, "haha never." This gave me a twinge of buyer's remorse, but I brushed it off, thinking that maybe he didn't know how to use it properly.

I immediately loved how easy and convenient it became to play music in my room. When I was working, I would ask Alexa to play instrumental music. When I was getting ready, I would ask Alexa to play some pop music. I definitely listened to more music with the Dot, and it helped me discover new songs to add to my playlists. The Dot currently works with Amazon Music, Spotify, Pandora, TuneIn, and SiriusXM.  Since I had a Prime membership, I used Amazon Music.

I also quickly realized how useful the Dot was for setting timers and alarms. I used the timer for cooking and for working out. And at night, it became a habit to simply say, "Alexa, set an alarm for 6:30 a.m." When I manually set an alarm on my iPhone, I find myself triple-checking it because I don't trust myself. But with Alexa, I just had to say the command once, and I didn't have to use my weary eyes to stare at a bright screen while doing it.

Lastly, I frequently used my Dot to update me on the weather and the news. This was a great way to multitask in the morning. While I was doing my makeup and getting ready, I would ask Alexa to read the top news stories of the day. That way, by the time I started writing, I already had a brief overview of that day's top events.

Now, if you were reading closely, you probably noticed that I was talking about my Dot in the past tense. That's because, sadly, I have stopped using the Dot altogether -- just like my friend did.

The downfall of the Dot in my house started when I let my Prime subscription run out. Once I wasn't a Prime member, I no longer had Amazon Prime Music, and the Dot became significantly less useful to me. But even then, I still used the Dot for weather and news updates for a few more months until that feature lost its excitement.

Within six months of buying the device, I had stopped using the Dot altogether. And even now, when I'm a Prime member again, I don't feel the urge to dig it out from the bottom of my closet.

The Dot does have more than 50,000 skills, so it's definitely useful. But it would be hard for average buyers to ever learn all that they could be using the Dot for in their daily lives. And while it's fun and convenient to use voice commands to control simple tasks like setting an alarm or playing music, the excitement soon wears off and you realize it's not saving you all that much time over just doing it manually.

Conclusion: Would I buy it again?

As you can probably tell, I personally wouldn't buy the Dot again. It's a handy device, especially considering its relatively cheap price tag. However, I just don't find it all that useful in my daily life. I really didn't notice when I stopped using it, so it wasn't truly adding value to my life.

I will note that I didn't go the extra mile to use its smart-home abilities to control lights, thermostats, and other compatible connected devices. So that could tip the scale for some people who have a number of smart appliances. But for me, I'm going to stick to my old-fashioned phone alarm and weather app.

I've Had an Amazon Dot for a Year, and Here's What I Think About It @themotleyfool #stocks $AMZN Next Article
Current