The coffee and snack chain had mostly good news for investors in its Q3 announcement.

Investors were optimistic coming into Dunkin' Brands' (DNKN) third-quarter report. After all, the chain had recently announced an encouraging return to sales growth that suggested its menu transformation plan is working. That success is critical to the coffee and snack specialist's wider ambitions of extending its geographical focus far beyond just the eastern third of the United States.

The third-quarter results published on Oct. 25 contained mostly good news for investors looking for evidence that Dunkin' has plenty of room to keep expanding even as established rivals like McDonald's (MCD -0.42%) and Starbucks (SBUX 0.78%) fight for its market share.

Let's look at a few of the key metrics from that report. 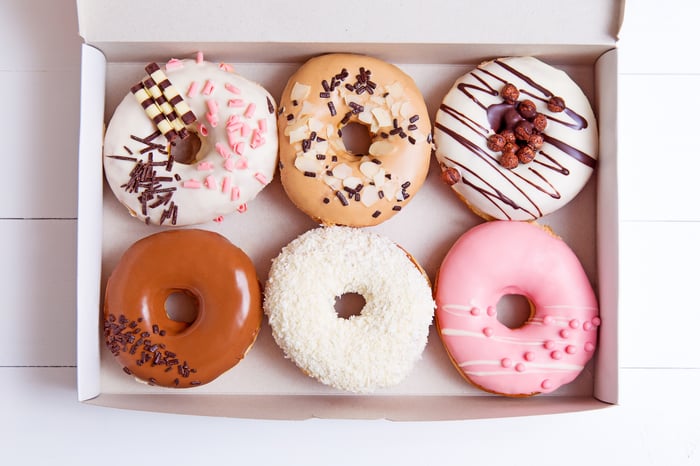 Sales at existing locations, or comparable-store sales, rose 1.3% in the Dunkin' franchise. That marked the second quarter in a row that the chain announced positive overall results, although the figure could have been better. Dunkin' reported a slightly faster jump in the prior quarter, for example. McDonald's latest expansion pace was a more robust 2.4%, too.

Like McDonald's and Starbucks, Dunkin' is enduring modest declines in customer traffic right now. Yet the chain more than offset that slump through higher spending per visit.

Growth in Dunkin's afternoon business set a two-year high with help from its new value-focused $2 snack menu. The company still plans to keep beverages at the core of its offerings, but bakery items and sandwiches helped bring in customers, who frequently picked up a cold brew or frozen coffee drink during the summer months. "We are a great option for a satisfying quick pick-me-up," CEO David Hoffmann told investors in a conference call, "and we made solid progress reclaiming our spot in the afternoon."

The chain added 77 new restaurants around the world, including 52 launches in the core U.S. market. Those new U.S. restaurants are almost all outside of the brand's traditional area of strength in the eastern part of the country, and so it's critical to its growth strategy that they produce solid results.

The numbers look good so far, with the latest crop of stores generating healthy cash returns that are comparable to Dunkin's prior classes of openings.

Dunkin's franchised operating model produced impressive earnings thanks to steady royalty and advertising fees that the chain charges its partners. These revenue streams helped operating margin hold steady at 32% of sales, to put the chain below market leader McDonald's but above Starbucks' result.

The company's global footprint expanded by 300 locations over the past year to pass 12,700. About 9,000 of those stores are in the U.S., but executives have plans to double that store count over time. 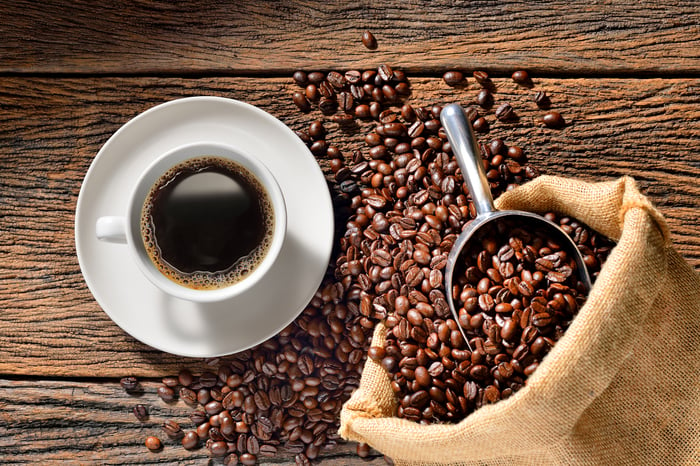 They're taking a measured but aggressive step in that direction in 2018, as they now expect to launch slightly more than the 275 new restaurants they had initially targeted.

Dunkin' is on pace to invest $50 million in the business in 2018 in areas like remodels and store upgrades and $100 million toward its broader growth initiatives. Much of that spending will be directed at rolling out espresso coffee equipment across its store base in the coming quarters.

Executives are excited about the beverage's appeal with younger consumers and its popularity at all hours of the day. That's why they're making a huge push to get upgraded espresso equipment into all of Dunkin's restaurants as quickly as possible. Management says the new drink rollout will be "one of the most transformative product unveilings in our history."