Shares of Ford Motor Company (NYSE:F) are up sharply today. The Blue Oval's shares were up 5.9% to $9.51 as of 11 a.m. EDT after an upgrade from Goldman Sachs and a report that China may soon cut a tax on new-vehicle purchases. 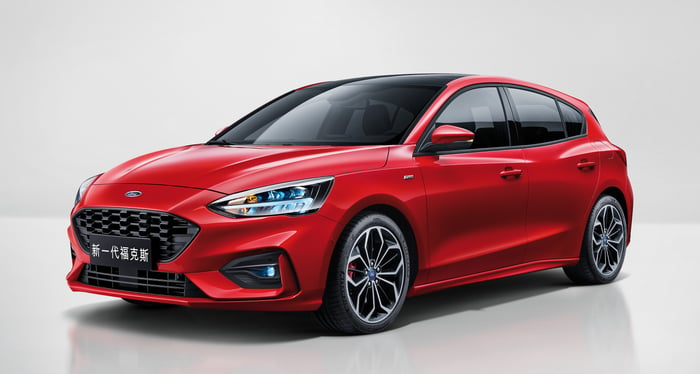 Ford is about to launch its all-new Focus in China. Chinese regulators are considering a tax cut that could give the new Focus a sales boost just as it arrives. Image source: Ford Motor Company.

Monday's surge follows a good week for Ford, in which its stock rose 9.7% after its third-quarter earnings report reassured investors that the company's dividend and guidance are both stable for the time being.

Ford has recently made an effort to communicate more clearly about CEO Jim Hackett's plans to revamp parts of Ford's business in a bid to boost profitability. That effort has begun to pay off as analysts express cautious optimism -- but now Ford has to deliver.