All growth companies experience bumps in the road at some point or other, and machine vision company Cognex Corp. (NASDAQ:CGNX) has had more than a few in 2018. Its third-quarter earnings were good enough, but its guidance for the fourth quarter and its general market commentary will disappoint investors. That said, Cognex has been through similar periods before and come out even stronger, so let's take a look at exactly what's going on with the company.

Although revenue declined 12.7% on a year-over-year basis, it's worth noting that Cognex had a spectacular Q3 last year due to a high amount of revenue booked from the consumer electronics industry. Otherwise, the results were pretty much in line with expectations.

The real meat in the earnings presentation lay in the guidance:

Clearly, Cognex management believes the company is hitting some sort of growth slowdown in Q4. 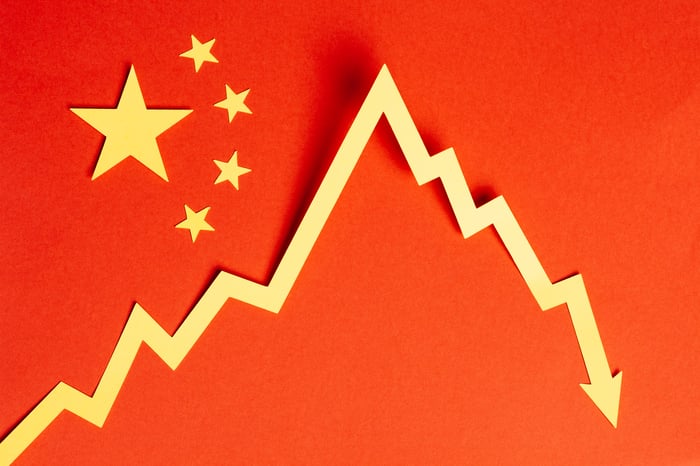 What happened to the growth plans

Management placed great emphasis on two issues in its release this quarter, but somewhat downplayed two others. They focused on:

Investors already know all about the OLED/smartphone issue because management discussed it during the Q1 earnings call. At the time, CEO Rob Willett argued that it wasn't a structural problem, but rather a matter of capital investment timing.

Fast-forward to the third-quarter call, when Willett maintained a similar line. "It's a difficult call to say when the next round of capacity expansion and major investment would go on," he said. The OLED industry is characterized by highly cyclical phases of investment, which makes it particularly challenging to accurately predict how much revenue will come from consumer electronics clients. (Apple is Cognex's biggest client.)

While Cognex's management had already signaled the OLED spending issue to the market, it hadn't done so with the slowdown in China. In fact, excluding the $15 million headwind from OLED, Willet's fourth-quarter forecast implies year-over-year growth of 10% -- which, as noted above, is significantly below the company's long-term target growth rate of 20%.

"That's slower than we'd like, due to softness we're seeing in China, where customers are becoming more cautious and slowing their spending plans," Willett said on the earnings call. He went on to refer to it as a "broad slowing down in the market," rather than something relating to any industry-specific issues in China.

The second- and third-largest end markets

After consumer electronics, the logistics and automotive industries represent Cognex's biggest end markets, and both had superficially weak-looking quarters.

Willett disclosed that revenue from logistics was lower in Q3, but quickly dismissed concerns about a lasting slowdown by pointing out that growth in the first nine months was up by a whopping 50% compared to the same period last year. The issue in the quarter was put down to a matter of timing of revenue recognition rather than a slackening of underlying demand. Indeed, warehouse automation remains a hot area to invest in.

Automotive revenue growth was flat in the quarter, and the CEO's commentary on the matter was interesting. Cognex expects that market will grow at a 10% annual rate over the long term, but prior to Q3, it was actually growing at a much faster rate. "Demand softened in our major regions during the summer months," Willet said. "Since then, we've seen a sequential improvement in the Americas and Europe."

That story is similar to the one told by vehicle technology company BorgWarner in its recent results: It, too, saw weakness in China's automotive market, but its management hopes that the issue in Europe is merely a temporary one caused by delays in getting automotive models certified under the new Worldwide Harmonized Light Vehicle Test Procedure (WLTP), which gauges vehicle emissions.

There's not a lot Cognex can do about growth in China or cyclical spending in the OLED industry, but investors will be hoping that the U.S.-China trade conflict will be resolved soon, while the seemingly temporary issues in Europe's automotive sector could also clear up in due course. There's a lot of uncertainty on the horizon, but also plenty of opportunities for this company to accelerate its growth.