Shares of Aerojet Rocketdyne Holdings (NYSE:AJRD) were up a whopping 16.1% as of 12:15 p.m. EDT on Wednesday. The rocket engine maker reported Q3 earnings yesterday that easily topped estimates. Whereas Wall Street had predicted Aerojet would turn in $0.27 per share in (presumably pro forma) profits on sales of $498.8 million, Aerojet instead reported a GAAP profit of $0.82 per share -- and nailed its revenue target exactly. 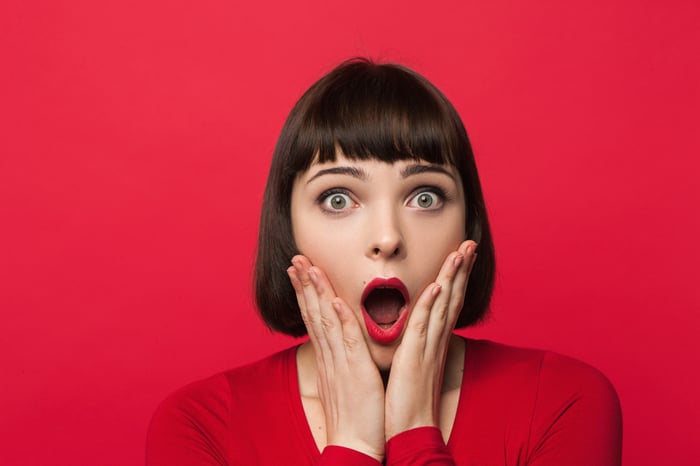 When you consider that one year ago, Aerojet's GAAP earnings were a mere $0.17 per share, yesterday's Q3 results represented a near-fivefold increase in earnings -- not bad for a quarter in which sales grew a bare 3% year over year.

Sales for the year to date are up a stronger 8% over the first nine reported months of last year, and profits are running 158% ahead of where Aerojet was at this point last year, with $1.57 per share earned to date.

Additionally, operating cash flow turned positive ($72.5 million) in contrast to last year's Q3 cash burn of $11.8 million, and cash flow for the year to date is up more than threefold at $97 million. Thus, despite capital spending roughly doubling, Aerojet has succeeded in generating positive free cash flow (FCF) of $76.1 million through 2018's first three quarters, and is on track to generate perhaps $100 million or more if it keeps going at this rate.

At a current market capitalization of $2.6 billion, and with cash nearly balancing out debt on the balance sheet, Aerojet Rocketdyne stock isn't exactly cheap at 26 times FCF. But with a 20% projected long-term earnings growth rate, the stock is looking more reasonably priced than it has in a long time.