Shares of truckmaker Oshkosh (OSK 0.54%) are soaring, up 21.1% as of 2:05 p.m. EDT Thursday after the company reported fourth-quarter and full-year 2018 earnings that easily trumped analyst estimates . 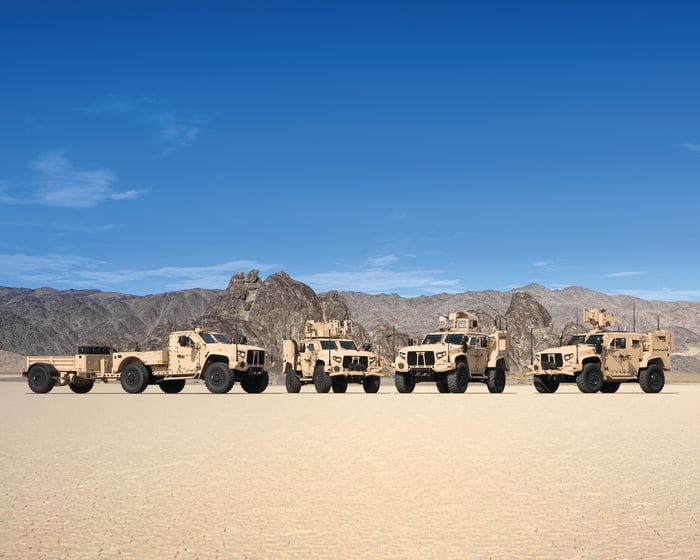 This being the final quarter of the year, though, let's examine Oshkosh's performance for fiscal 2018 as a whole.

Oshkosh grew its sales 13% year over year in 2018, to $7.7 billion. Full-year earnings came in at $6.29 per diluted share -- an increase of 67%. Oshkosh credited "higher gross margin related to higher consolidated sales and a lower effective tax rate as a result of tax reform" for the improvements in earnings. Share repurchases, which reduced the number of shares outstanding and concentrated total profits among fewer shares, also helped to boost earnings in fiscal 2018.

As for fiscal 2019, Oshkosh issued new guidance calling for sales of $7.85 billion to $8.15 billion, and earnings per share of $6.50 to $7.25. Even the low end of this prediction, therefore, exceeds the earnings Wall Street has been predicting for Oshkosh ($6.49 per share), while the midpoint of Oshkosh's sales estimate tallies nicely with the $8 billion Wall Street says it has been expecting.