Guidance may be more important than third-quarter earnings next week for Activision Blizzard.

2018 has been a year of changes for Activision Blizzard (ATVI -0.70%) as esports have risen in importance and the company launched the next generation of games. Going out is the reliance on console game sales and coming in is mobile and esports revenue that is likely the future of the company.

Before earnings are released on Nov. 8, investors should take a look at where Activision Blizzard set expectations three months ago and what they should be expecting to hear about new products. 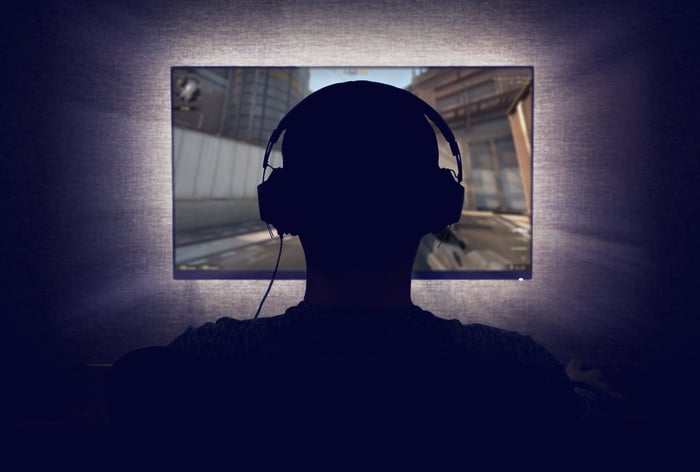 Each quarter, Activision Blizzard gives guidance for the following quarter and the full year. That gives investors a baseline from which to judge results. Here's how guidance looked after the second quarter of 2018.

Activision Blizzard has a long history of beating its own expectations, so don't be surprised if that happens again. But these aren't the only metrics that will be key to investors.

Keeping the user base active

One of the quarterly metrics to watch closely is user engagement as measured by monthly active users (MAUs). In the second quarter, Activision had 45 million MAUs, Blizzard had 37 million MAUs, and King had 270 million MAUs. Each figure was down from a quarter earlier, which is a trend the company would like to turn around.

New games are often what drive growth in users, and with that in mind it may be another quarter before that user growth shows up in results.

Call of Duty will be a big topic of discussion

The biggest product launch Activision Blizzard had in 2018 was that of Call of Duty: Black Ops 4, which was released on Oct. 12. The game sold $500 million in the first three days, which was actually a disappointing result from a game that's sold double that in previous launches. Expect the launch and updated revenue figures to be a big topic of discussion during the earnings call.

The other big launch in October was of Candy Crush's new title, Candy Crush Friends Saga, on Oct. 11. It may not get as much attention as games like Call of Duty and World of Warcraft, but King was Activision Blizzard's biggest segment last quarter and it's key to keeping the company's biggest user base engaged. This may be the most important game for Activision Blizzard financially in 2018 and it could drive results the rest of the year.

Esports is also a way to engage customers more deeply and expand the overall gaming market. I expect management to report growing esports revenue as well as begin discussing how it's engaging customers ahead of Overwatch League's second season.