Are Logitech's sales too tied to dead or dying markets?

Computer peripherals maker Logitech (LOGI -0.91%) -- long a favorite among PC users for its high-quality and low-priced keyboards, computer mice, webcams, and similar wares -- had a great Q2 this year. (In fact, it's had a pretty great last five years, with its stock up 500%.) But could it be time for shareholders to cash in their chips and sell the stock?

One analyst thinks so. Yesterday, Maxim Group announced it was initiating coverage of Logitech stock with a sell rating. Although the analyst admits that Logitech has benefited from "better acquisitions, better engineering, and better morale" since CEO Bracken Darrell took over in 2013, it warns that there's a hidden flaw in Logitech's business that could stunt its sales growth -- and lead to an earnings miss in the not-too-distant future. 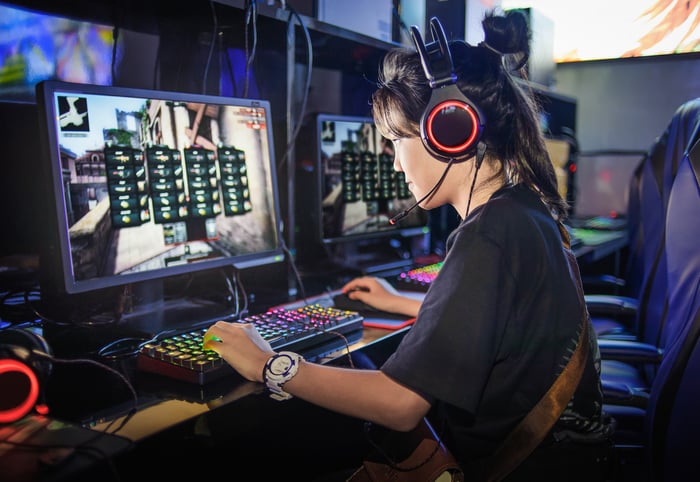 Logitech's fiscal Q2 2019 earnings last month beat Wall Street's estimates as the company transformed modest 9% sales growth into 15% improvement in profits. Darrell noted that the $691 million in sales Logitech brought in during the quarter were its "highest ever sales for a second quarter." Powering this performance was "solid growth in our PC Peripherals categories" and "double-digit growth in both Gaming and Video Collaboration."

And yet, as business analysts noted at the time, despite beating earnings in Q2, Logitech declined to raise guidance for the rest of the year, only reiterating its prior guidance of "9 to 11 percent sales growth" for the year.

This was surprising because, all else being equal, you'd expect that greater-than-expected sales in one quarter, when added to expected sales for other quarters, would necessarily imply greater sales for the year as a whole. In not raising full-year guidance, therefore, the thinking was that Logitech was implicitly lowering sales guidance for the second half of the year.

The trouble with Logitech

Maxim Group thinks it knows the answer to this question. Initiating coverage of Logitech stock with a sell rating and a $31 price target, the analyst warned (in a note covered on TheFly.com) that only about a third of Logitech's sales are coming from "secular growth markets." Rather, the majority of Logitech's sales are "tied to flattish-to-declining installed bases," which will tend to offset growth in Logitech's better markets.

Maxim Group views the possibility of slowing sales growth (a risk Logitech seemed to confirm when it didn't adjust full-year guidance upwards to account for Q2 outperformance) as a potential risk, too, to Logitech earning the $2 per share (pro forma) that the company hopes to make in fiscal 2020.

In short: Maxim is predicting an earnings miss as early as next year.

How big is the risk?

With Logitech shares up barely 5% over the past year, you might think this risk was already accounted for in the stock's price. But remember -- Logitech has risen 500% or so over the past five years. Thanks to this run-up, the stock currently sells for more than 25 times trailing earnings.

That's a rather high multiple for what is, in effect, a commodity producer of computer peripherals -- and one that most analysts on Wall Street expect to grow earnings at no better than 10% annually over the next five years. Fact is, even if Logitech is able to do better than that -- say, if it were to continue growing earnings at the 15% rate it achieved in Q2's record-breaking quarter -- I'd argue that 25 times earnings is still too much to pay for 15% earnings growth.

Even with Logitech shares basically flat over the past year, I see quite a bit of risk left in the stock today. Maxim Group is right to be cautious about this one.

Why Logitech Stock Is Down Almost 12% This Week