Third-quarter results and guidance suggest a bumpy near term. Here's what investors need to know.

Shares of Delphi Technologies (DLPH), a technology manufacturing company focused on products that solve emissions and fuel economy challenges around the world, were down 10% as of 11:34 a.m. EST on Wednesday after the company released third-quarter results.

Delphi Technologies posted a 1% revenue decline versus the prior year, to $1.2 billion. Despite the revenue decline, the result topped analysts' estimates calling for $1.14 billion. The company's bottom line, however, did not impress. Adjusted earnings per share checked in at $0.72, which fell short of analysts' estimates of $0.76. Pricing, product mix, and foreign exchange all pressured margins during the third quarter and pushed operating income margins 190 basis points lower.

In a press release, interim CEO Hari Nair said: "While we face a more challenging external environment, particularly in China, we delivered above-market revenue growth in Q3 and remain in a strong position to unlock long-term value. Our confidence is driven by an acceleration in momentum in key areas of our portfolio which strengthens our future prospects." 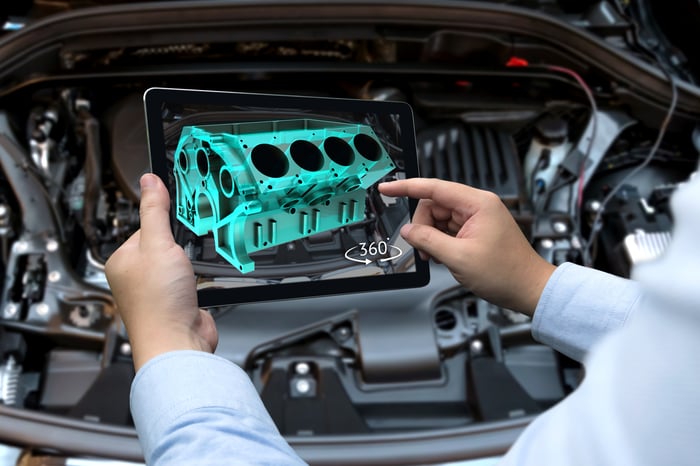 Zeroing in on what Nair said regarding areas of strength: The company's Power Electronics technology has posted roughly 50% revenue growth in 2018, and the company recorded $9 billion of lifetime bookings through the first nine months of the year -- more than it originally targeted for the full year. Strength with its Power Electronics technology and bookings are a long-term positive, but investors will have to be patient in the near term.

The company's full-year guidance of $4.85 billion to $4.90 billion is likely to be weaker than analysts' expectation of $4.88 billion. And its EPS guidance between $4.20 and $4.30 was short of the $4.33 consensus estimate. Ultimately, the company is accelerating its investments in power electronics, gasoline direct injection, and commercial vehicle systems, and those investments are expected to weigh on 2019 financials before driving cash flow in the long term.