Poor guidance has the market concerned about the company's growth.

Shares of Zillow (Z -4.95%) (ZG -4.50%) slumped on Wednesday after the online real estate company reported lackluster third-quarter results and provided guidance below analyst expectations. The stock was down about 25.7% at 1:20 p.m. EST.

Zillow reported third-quarter revenue of $343.1 million, up 22% year over year but about $1 million below the average analyst estimate. The premier agent segment grew 18% to $232.7 million, the rentals segment grew 31% to $37.3 million, the mortgages segment slumped 12% to $18.4 million, and the other segment grew 23% to $43.6 million. The homes segment, which includes Zillow's new home-buying and -selling business, produced $11 million of revenue. 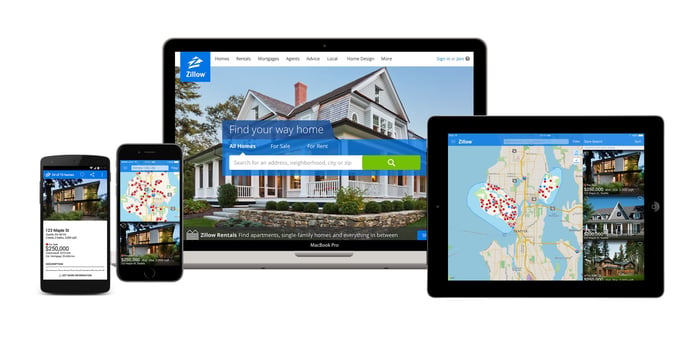 Zillow has made some changes, including new lead validation and distribution processes for its premier agent business, and CEO Spencer Rascoff emphasized that they would take time to pay off: "We believe that these changes will have positive long-term effects for consumers, our industry partners and our business. It will take time for advertisers to adapt to these changes, but we are confident that they set us up for long-term growth."

Zillow's third-quarter results were negatively affected by the changes it made to its premier agent business coupled with a slowing market for home sales, according to Rascoff during the earnings call. Given the weak guidance, investors can expect more of the same in the fourth quarter.