Please ensure Javascript is enabled for purposes of website accessibility
Log In Help Join The Motley Fool
Free Article Join Over 1 Million Premium Members And Get More In-Depth Stock Guidance and Research
By Lee Samaha – Nov 8, 2018 at 6:34AM

The ailing power segment and previous management's inaccurate guidance are the reasons why GE's credibility with investors has been damaged, but new CEO Larry Culp looks set to change that.

General Electric Company's (GE -1.31%) recent earnings were disappointing enough, but the best adjective to describe the power segment performance is shocking. GE Power's performance in the quarter was even worse than most had expected, and definitely a lot worse than CFO Jamie Miller's previous commentary implied it would be.

That aside, there are some positives to be drawn from the earnings presentation. Let's take a look at what happened, and why investors have some reason for hope.

There's little doubt that the gas turbine end market worsened in 2018 and consequently it was always going to be a push for GE to meet its full-year guidance. Frankly, the numbers never looked realistic, and the analyst consensus EPS figure was notably lower than the low-end of guidance well before the third-quarter even began.

Meanwhile, its key rival in gas turbines, Siemens AG (SIEGY 0.82%), painted a grim picture of the power markets for the next couple of years while guiding its power and gas margin down.

Moreover, GE's management itself noted weakening conditions. For example, GE was planning for gas turbine end demand of 30 gigawatts to 34 gigawatts in 2018, only for former CEO John Flannery to tell investors that the market was trending below 30 gigawatts during the second-quarter earnings call.

Furthermore, those of us who keep an eye out for these things noted that company guidance for gas heavy-duty gas turbines and aeroderivatives (small turbines) equipment sales were in decline.

Unfortunately, the grim reality hit home in the third-quarter. Going into it, CFO Miller had talked up the possibility of a better second-half by arguing that "In total, services revenue should be stronger in the second half" and on transactional services "We expect to see improvement in the second half, especially as we move into the fourth quarter." For reference, improving the profitability of its transactional services is a key focus of management efforts in 2018.

Fast forward to the third-quarter and here are the shocking numbers:

In short, Miller acknowledged that "our previous forecasts were overly optimistic on the timing and the level of deal closures on heavy-duty gas turbines and particularly on aeros." Power services revenue declined 4%, with transactional services down 12%.

When asked about the details behind a $631 million loss in GE Power in the third-quarter by Wolfe Research's Nigel Coe, Miller disclosed that GE had "$240 million of charges" relating to the blade turbine failure issue. 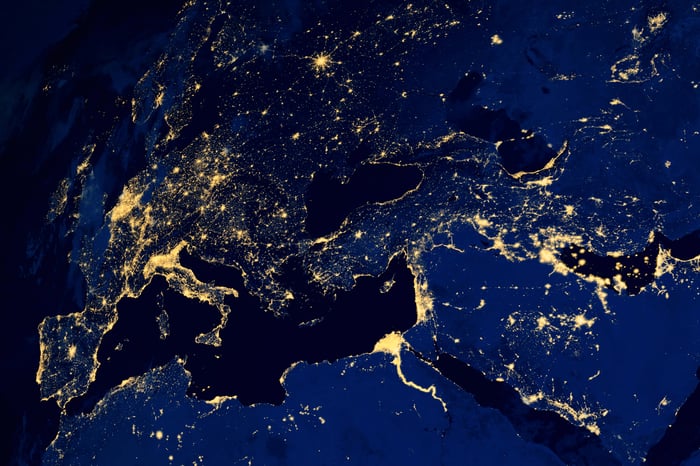 The results were far worse than expected. However, there are some positives from the presentations.

First, Culp's refusal to give guidance amid talking of giving numbers "with conviction and confidence" is a sign that he's determined to restore credibility with investors.

Second, there's a sense that the "other execution issues" in the GE Power profit & loss sheet for this quarter could be management throwing the kitchen sink into the numbers in order to start underpromising and overdelivering in the future -- something Flannery/Miller never did.

Third, the plan to split GE Power into two units (gas equipment and services in one unit, with the rest in another unit) should make it easier to sell or maybe partner one of the units, and it will also create transparency on any underlying improvement in power services.

Fourth, in addition, the blade turbine failure issue looks likely to be temporary in nature and it should drop out of results in the future.

All told, GE has a highly regarded CEO at its helm now, and the early signs are that he's not going to repeat the mistakes of Immelt/Bornstein/Miller in giving inadequate guidance.

That's a step in the right direction, and it will allow investors to make decisions on buying/holding GE stock based on numbers that they believe in. GE stock now deserves a closer look.