Ambarella, Fitbit, and Qualcomm all took a hit as the broader market took a turn for the worse.

Investors may have been spooked by fears of a trade war between China and the U.S. and rising interest rates, both of which had investors selling off stocks across many sectors in October. Technology stocks took much of the brunt, posting some of their worst losses since 2008. Ambarella, Fitbit, and Qualcomm's stocks all fell with the broader Nasdaq-100 Technology Sector index. 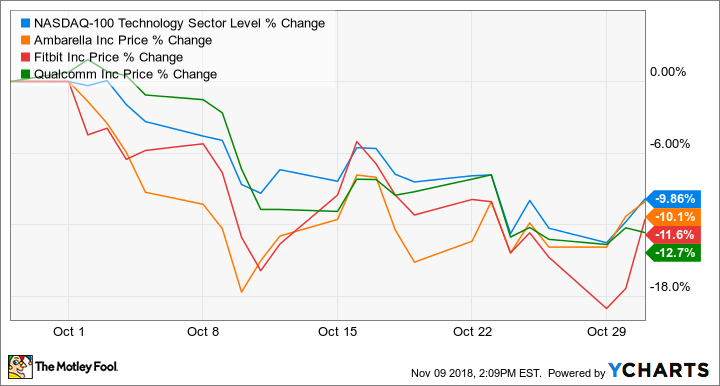 Investors should be careful about changing their investing theses based on October's market activity. The drops in these stocks aren't tied to any fundamental change at any of the companies, so it's best not to overreact.

For example, Ambarella's shares were already falling far before the October dip and are down about 40% over the past year. The long-term slide has been mainly due to Ambarella's failure to bring in new revenue as the company has moved away from its dependence on action-camera maker GoPro.

Qualcomm's shares, meanwhile, had gained about 12% over the past year, before the October drop derailed those gains. The company's shares were up earlier in the year even as Apple dropped Qualcomm's cellular modem chips from its new iPhones and as the companies continued to battle in court over patent royalty fees.

As for Fitbit, its shares were up by about 10% over the past year until last month's downturn. Fibit's share price has been extremely volatile as the company fights against Apple to gain back relevance in the wearable tech space. 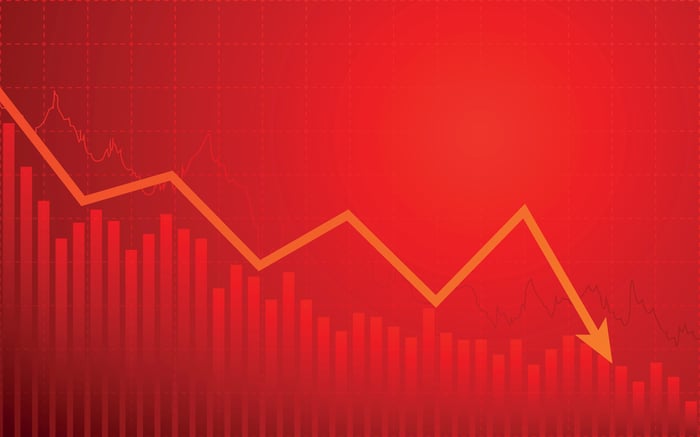 Ambarella's and Qualcomm's stocks haven't bounced back since the October drop. So far this month, Ambarella's shares are flat from where they were at the end of October, and Qualcomm's shares have fallen an additional 10%. Qulacomm's continual slide comes after the company reported disappointing fourth-quarter results on Nov. 7.

The good news for Fitbit investors is that its share price has jumped a staggering 26% since the beginning of November. The company's rebound came after Fitbit reported its third-quarter results on Oct. 31, in which revenue grew for the first time in two years and cost-cutting measures helped the company turn a profit in the quarter.

Ambarella, Qualcomm, and Fitbit investors should remember that each company has significant challenges ahead and that each is likely to experience more volatility aside from any broader market shifts.