Shares of the blue-chip biotech giant Celgene Corp. (CELG) sank by a worrisome 20.3% in October,  according to S&P Global Market Intelligence. The good news, if you can call it that, is that Celgene's shares didn't hit the skids because of a company-specific event.

Instead, the biotech's stock simply traded downward in sympathy with the biotech industry as a whole. In response to President Trump's heightened trade war with China, investors fled biotech stocks en masse last month -- illustrated nicely by the dramatic downturn in the bellwether iShares Nasdaq Biotechnology ETF (IBB -0.42%) for the month of October. 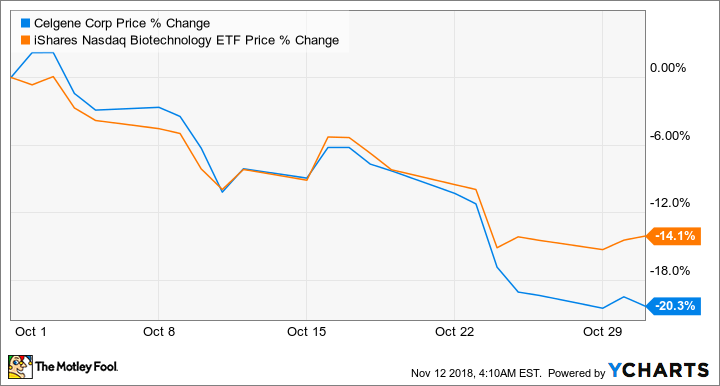 The magnitude of this latest downturn, though, is a bit puzzling. After all, Celgene's shares were already trading at multiyear lows prior to this October swoon -- despite the biotech's strong outlook heading into 2019 and beyond. And now, following this marked sell-off last month, Celgene's stock is currently trading at 10-year lows in terms of its price-to-sales ratio. 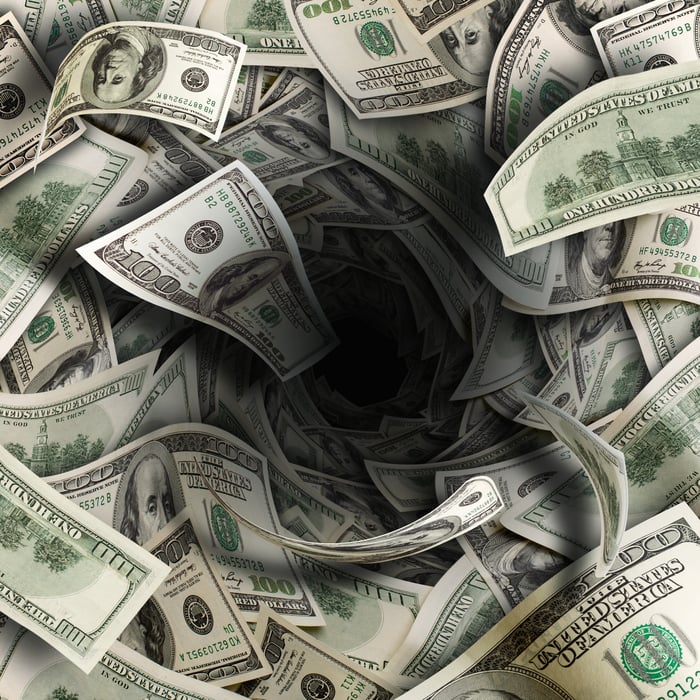 Why has Celgene's stock been spiraling down this year? The biotech's shares have been struggling pretty much all year long due to a string of unfortunate setbacks, as well the company's apparent inability to significantly diversify its revenue stream ahead of Revlimid's eventual date with the patent cliff.

However, these issues probably shouldn't be stirring up this much unrest among shareholders. Celgene, after all, has one of the most valuable clinical pipelines in the industry and an outstanding history of creating value for investors over the long run. Thus, they may want to circle back to this beaten-down biotech while its shares remain in bargain territory.