Shares of Southern California utility Edison International (NYSE:EIX) fell as much as 25.4% in trading on Monday as wildfires raged over its territory. Losses had subsided somewhat near the end of trading, but the stock was still down 12.7% at 3:20 p.m. EST.

Southern California Edison, a utility subsidiary of Edison International, is the main electric utility for much of Southern California being ravaged by fires today and over the weekend. As communities are affected, so are the electrical assets the utility has in the ground, which is one reason investors are speculating that operations and earnings will be hurt by the fires. Insurance and ratepayers will certainly cover some of the asset losses from the fires, but there will likely be a financial impact for Edison International that's uncertain today. 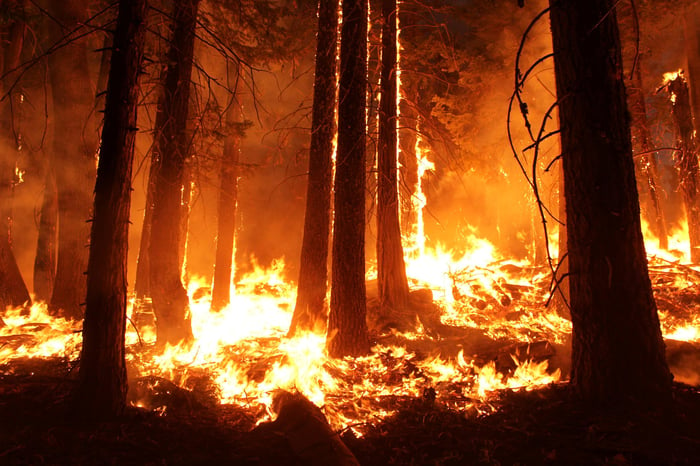 The wild card in all of this is that investors are afraid that Edison International's electrical equipment may have caused the fire near Los Angeles, which could open it up to liabilities. But again, we don't know the scope of any potential costs.

When natural disasters like this take place, it's not uncommon for stocks to react very violently. But the reaction may be overdone given the way ratepayers take on risks for utilities and how insurance can cover losses. I would watch where the fire originated and what's ultimately to blame, but this just looks like part of a panic sell-off of all California utilities today.