The Chinese search engine company sold off with the market last week and hit a new 52-week low.

Shares of Sogou (SOGO) dipped 21.8% in October, according to data provided by S&P Global Market Intelligence. The stock tracked closely in line with the movement of the Invesco China Technology ETF, a fund that holds investments in 74 different Chinese tech stocks and reflects the overall industry's market performance. 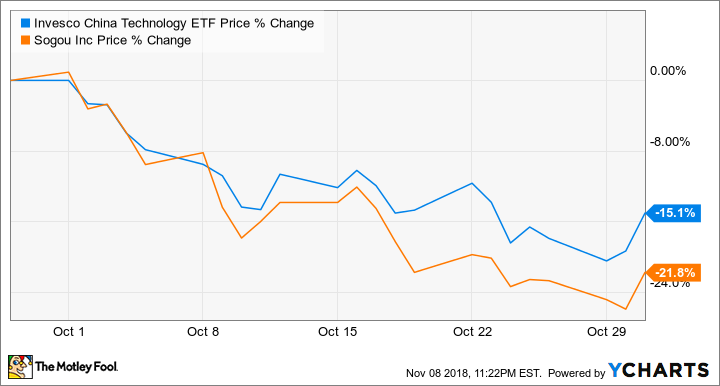 China's previously high-flying technology sector came back down to Earth in 2018, with the Invesco China Technology ETF losing roughly a third of its value year to date. Shares of Sogou are down roughly 48% on the year.

There wasn't much in the way of company-specific news for Sogou in October, but the mobile search company did report third-quarter earnings before the market opened on Nov. 5 -- delivering an earnings beat but a miss on revenue. Earnings per share for the period came in at $0.07, ahead of the average analyst estimate's call for the company to break in on the quarter. However, sales rose only 7% year over year in the period, reaching $276.6 million and missing the average analyst estimate's target of $281.1 million in revenue.

Sogou stock is up roughly 4% in November so far, despite the broader Chinese tech sector losing a bit of ground in the month's trading. 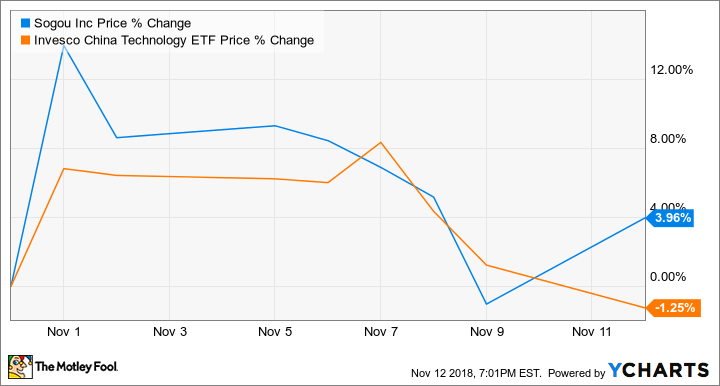 The company expects sales in the fourth quarter to come in between $292 million and $307 million, representing 8% growth year over year at the midpoint. That's a significant deceleration from the sales growth that the company was posting earlier in the year, and management is hoping that its investments in speech technologies and artificial intelligence will help kick-start a return to more robust growth.