Higher interest rates may not be as much of a boon as the financial firm's investors believe.

Shares of SVB Financial Group (SIVB -2.89%) lost nearly 24% of their value last month, according to data provided by S&P Global Market Intelligence, as fears mount that the financial services company may not be able to capitalize on a rising-rate environment as previously expected.

Up until September, SVB Financial Group had been the best-performing bank stock of 2018. The parent company for Silicon Valley Bank, which specializes in banking services to start-ups and venture capital funds, benefited from a booming private equity market and investment-spurring deregulation. Cost cuts, lower taxes, and higher interest rates further helped to boost its profitability.

Yet after a more than 30% rise in the first nine months of the year, SVB's shares pulled back sharply in October. The company's third-quarter earnings report led investors to question whether rising interest rates would continue to benefit SVB's business.

Higher rates tend to expand banks' net interest margins -- essentially, the spread between what a bank earns on its assets versus what it pays on its liabilities. Yet as my colleague Jordan Wathen notes, higher rates are also making short-term bond funds and money market products relatively more attractive versus SVB's deposit accounts. In turn, SVB's deposit growth is slowing. 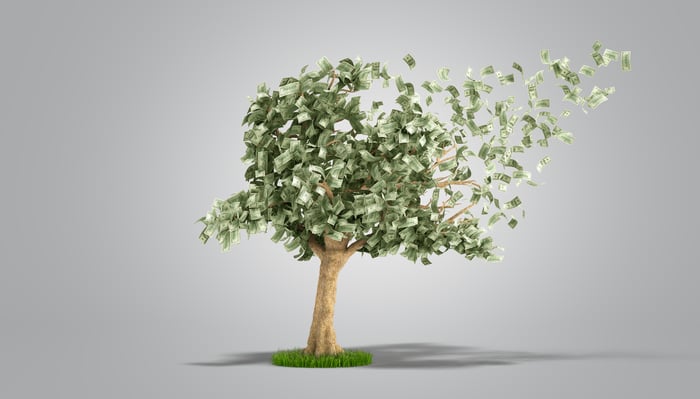 SVB expects deposit growth to moderate further in 2019. The company said it anticipates high-single-digit deposit growth next year, down from low-teens growth in 2018.

Still, SVB remains a well-run and highly profitable company. And after its October sell-off (and insignificant movement so far in November), its stock is now much more reasonably priced at less than 12 times forward earnings estimates. Should the stock continue to sell off in November, bargain-hunters may wish to consider picking up some shares of SVB Financial Group.

Why Shares of SVB Financial Group Are Rising Today