For a business that was intended to be incredibly predictable, liquefied natural gas (LNG) exporter Cheniere Energy (NYSEMKT:LNG) keeps raising the expectations bar. In every quarterly report in 2018, management has raised guidance thanks to better-than-expected prices on LNG cargoes, better operational performance, and faster-than-anticipated development of its process trains under construction. This past quarter was no different as management raised the stakes again and now forecasts better performance both next year and beyond.

Here's a look at the company's most recent quarterly report and why the most recent stumbling block for LNG -- U.S.-China trade relations -- doesn't have that much of an impact on the business.

After some downtime in the second quarter for scheduled maintenance and turnaround work, Cheniere was able to churn out another profitable quarter thanks to increasing shipments sold and better-than-expected operational performance. So far this year, the company has increased its total cargoes by 43% to 193.

On top of the strong operational performance for the year, management also announced three new sales and purchase agreements in the quarter that totaled 4.15 million tons per year of production. All three contracts have durations of 15 years or longer and will help support further expansion of both its Sabine Pass and Corpus Christi facilities. 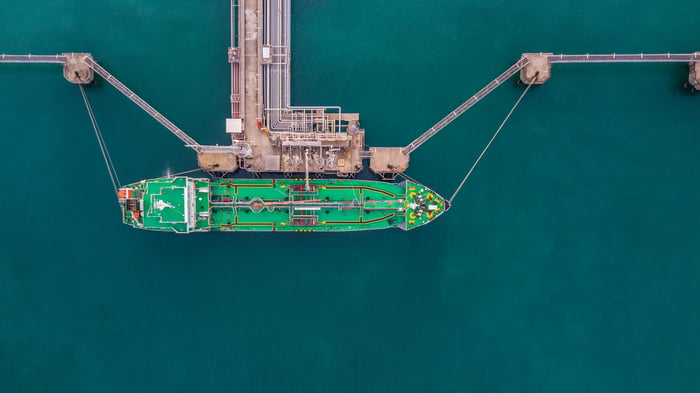 Speaking of expansion, management noted that feed gas was introduced at both Sabine Pass train five and Corpus Christi train one and both facilities are being commissioned. Both of these liquefaction process trains should be fully operational by the first quarter of 2019 and train two at Corpus Christi will follow quickly behind with full production by the second quarter of 2019.

While it has yet to give the final investment decision on train six at Sabine Pass, Cheniere did announce it had awarded Bechtel the Engineering, Procurement, and Construction (EPC) contract for the facility in anticipation of obtaining all the necessary permits from the US Federal Energy Regulatory Commission.

As part of Cheniere's press release, CEO Jack Fusco went over some of Cheniere's expectations for 2019 and why management felt confident in raising guidance.

As we look forward to 2019, we expect to build upon our reputation of superior execution by placing Corpus Christi Trains 1 and 2 and Sabine Pass Train 5 into service safely, ahead of schedule, and within budget, and continue to leverage our world-scale infrastructure position to commercialize and grow our LNG platform. To that end, we have finalized the Sabine Pass Train 6 EPC contract with Bechtel, and we are releasing Bechtel to commence early engineering, procurement, and construction activities for Train 6 ahead of making a Final Investment Decision.

Today we are also raising our run rate Consolidated Adjusted EBITDA and Distributable Cash Flow guidance. The increase in these metrics is driven by increased expected run-rate LNG production, as we have identified significant incremental production potential from debottlenecking opportunities, maintenance optimization, and plant overdesign.

Run-rate guidance is what management estimates Cheniere will produce once all of its current facilities under construction become operational. Run-rate guidance for all eight process trains stands at $4.4 billion to $4.9 billion in consolidated adjusted EBITDA annually and total distributable cash flow from Cheniere Energy Partners of $2.1 billion to $2.16 billion that will support a per-unit distribution in the range of $3.30-$3.60. Based on Cheniere Energy Partners current share price, that would make for a distribution yield of 9.3%-10.3% 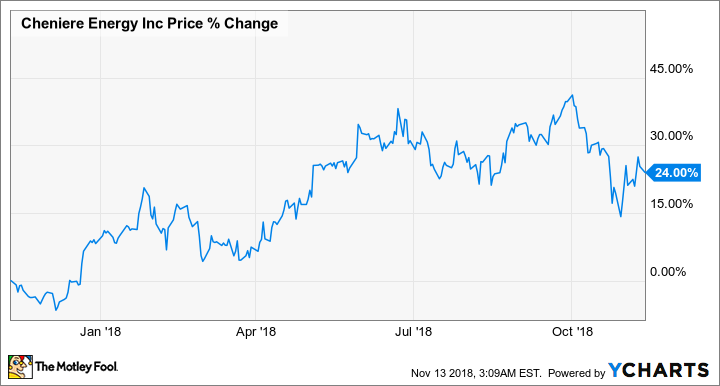 One of the shadows hanging over the LNG business in the U.S. is the recent trade war with China and how that would impact both demand and prices for LNG cargoes. After all, China is the world's largest buyer. While it is entirely possible that some of the newer facilities looking to get built in the U.S. could face some issues lining up customers, it doesn't appear to be having that much of an impact on Cheniere.

For one, most of Cheniere's sales and purchase agreements are with non-Chinese customers, and these fixed contracts guarantee revenue for the company. Also, one thing that management noted in its investor presentation is that a larger portion of its LNG cargoes are going to Latin America. In the fourth quarter of 2017, around 70% of loaded cargoes went to Asia, but in the third quarter of 2018, that number dropped to around 40% thanks almost entirely to increased purchases from Latin America.

What this goes to show more than anything else is that demand for LNG remains incredibly high despite the trade hurdles between the U.S. and China. It may influence the direction of trade flows, but right now, it doesn't appear to be altering the growth of LNG and investors in Cheniere Energy shouldn't be too concerned about anything other than getting these facilities up and running.