Please ensure Javascript is enabled for purposes of website accessibility
Log In Help Join The Motley Fool
Free Article Join Over 1 Million Premium Members And Get More In-Depth Stock Guidance and Research
By Jason Hall – Nov 18, 2018 at 6:01AM

Management has a strategy to deliver big returns for investors over the long term.

Vivendi SA ADR (VIVHY -5.01%) released an update on its third-quarter sales on Nov. 15, reporting a modest 5.5% increase in revenue. Universal Music Group -- better known as UMG, the gorilla in the music industry that accounts for very nearly half of Vivendi's total revenue -- saw its sales increase 13.5%, while its other major segments, Canal+ Group and Havas, reported slight revenue declines in the period.

Since the French-based company only reports its full operating results at the midpoint and end of the fiscal year, there's not a lot of information we can glean from its quarterly release about the state of its business. But Vivendi has a lot of things happening right now, including its pending sale of the remaining stake it holds in Ubisoft, its recently announced -- but also pending -- deal to acquire major French publishing house Editis, and its intention to sell a big part of its stake in UMG, potentially within the next year. 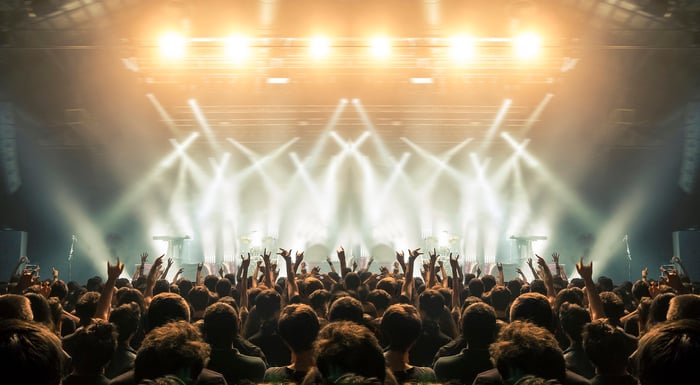 Let's take a closer look at Vivendi's update, as well as what management said about all the moving parts with the various deals in the works.

How Vivendi's operating segments are doing

Of those segments, the one with the most concerned investors is Havas, the international advertising and communications giant. To be specific, Arnold, one of the subsidiaries within Havas, has lost a a number of major clients over the past year, significantly affecting Havas' top and bottom line. On the earnings call, CFO Herve Philippe said Havas' organic revenue increased 2.5% excluding Arnold.

Philippe also said Arnold has undergone major leadership changes, with a new CEO, CFO, and chief strategy officer all having come on board in recent months.

Canal+ also continues to face a challenging environment, in large part as more people cut the cable cord in its markets. But at the same time, management continues to prioritize development and investment in content. A recent example is winning the rights to broadcast the English Premier League 2019-2020 free period in France and Poland.

These sorts of actions are paying off, as evidenced by Canal+'s report of a net increase of 726,000 subscribers since last year.

Of course, UMG remains the jewel in Vivendi's collection, delivering strong double-digit growth, with its dominant collection of content and artists signed to its labels and steady expansion of digital content delivery.

Update on Vivendi's deals in the works

Earlier this year, Vivendi announced that it had reached a deal to sell its stake in Ubisoft for 500 million euros. While the company originally expected to close on this deal before the end of the year, it announced in late September that it would only close on part of the deal in 2018 -- the 68 million euros' worth that it closed on in early October. The remainder of the transaction is set to close in early March 2018 and will net the company approximately 432 million euros.

The company also announced that it formally entered into an agreement to buy Editis, France's largest book publisher, for 900 million euros, following negotiations it had started this past July. For context, the book business in France generates larger sales than either movie theaters or the music industry, and management says expanding its media empire into book publishing will create substantial shareholder value.

Lastly, Vivendi gave an update on its plans for UMG. As was discussed in the second-quarter earnings release and call, the company is moving to find a potential partner to sell a portion of UMG to. Doing so would generate a massive amount of cash, which management says it would probably use for a substantial share repurchase, as well as potential acquisitions.

The company said it will meet with approximately 15 different banks before the end of 2018, with the expectation that it will retain five to seven of those to help it identify potential strategic partners to sell a stake in UMG.

The company expects to release its full-year financial results on Feb. 14, and UMG's results over the past year "would serve as the basis" for its negotiations with potential partners.

Looking ahead: Irons in the fire

Vivendi management has a lot on its hands right now. Between the pending sale of its Ubisoft stake, a new acquisition with Editis, and the early steps of finding a potential partner for UMG, management has a lot of important capital-allocation decisions to make, not to mention figuring out how to integrate Editis into the organization.

Tune back in next quarter for an update on how the process is going when Vivendi reports its full-year financial and operating results.