Please ensure Javascript is enabled for purposes of website accessibility
Log In Help Join The Motley Fool
Free Article Join Over 1 Million Premium Members And Get More In-Depth Stock Guidance and Research
By Sean Williams - Nov 21, 2018 at 8:21AM

This pot stock is a disaster, and it belongs nowhere near investors' portfolios.

The marijuana industry is growing like a weed, and investors have taken notice. Since the beginning of 2016, many of the top-performing pot stocks have gained triple or quadruple digits, to the delight of investors willing to stomach the volatility.

The big event driving these gains is Canada's legalization of recreational cannabis on Oct. 17. Although it's going to take a couple of years for the industry to finish expanding its capacity and for Health Canada to cycle through hundreds of cultivation applications and sales permits, the reward could be huge. Various Wall Street estimates suggest that Canadian pot stocks could see $5 billion or more in added annual sales, atop what they were already generating from medical cannabis sales and via exports.

But as we know from other emerging high-growth industries, not every company can be a winner. Even though it'll probably take a few years to sort out the direct and ancillary winners from the rest of the pack, occasionally a company emerges that's so bad it can be safely discarded from future consideration. Within the cannabis industry, one such company currently exists: Insys Therapeutics (INSY). 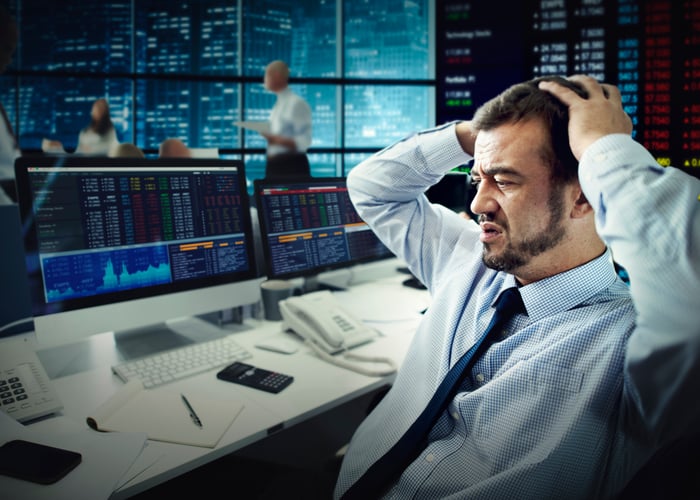 The wheels fall off the wagon, courtesy of Subsys

As recently as four years ago, Insys had everything going for it. The company had a rapidly growing fentanyl-based therapy known as Subsys for the treatment of breakthrough cancer pain, and it was in the process of testing a liquid, oral dronabinol solution as a treatment for chemotherapy-induced nausea and vomiting (CINV) and for anorexia associated with AIDS. Dronabinol is the name for synthetic tetrahydrocannabinol, or THC, the cannabinoid responsible for getting a user "high." This experimental therapy, known as Syndros, would eventually go on to be approved by the Food and Drug Administration and was launched in the summer of 2017.

But the wheels fell off the wagon for Insys well before Syndros' approval. The company's problems primarily stem from Subsys, which, according to allegations, was being used in off-label indications 80% of the time. More so, Insys was accused of purposefully incentivizing physicians to prescribe Subsys for off-label use and doing so in such a manner as to avoid raising suspicion from insurance companies, which the company hoped would continue to blindly pay for the drug. Ultimately, Insys wound up settling with the U.S. Justice Department for $150 million this past August for its wrongdoing and saw multiple former executives arrested.

However, settling with U.S. regulators isn't going to end Insys' woes. Sales of its once-promising drug have dropped from what was once around $90 million a quarter to $17.7 million in the third quarter. That's roughly $71 million on an extrapolated annual basis from a peak of $330 million. With a floor to Subsys' sales proving elusive and the negative stigma attached to fentanyl-based products, the company announced recently that it's looking to sell all opioid-tied products to close the book on a dark chapter in the company's history. 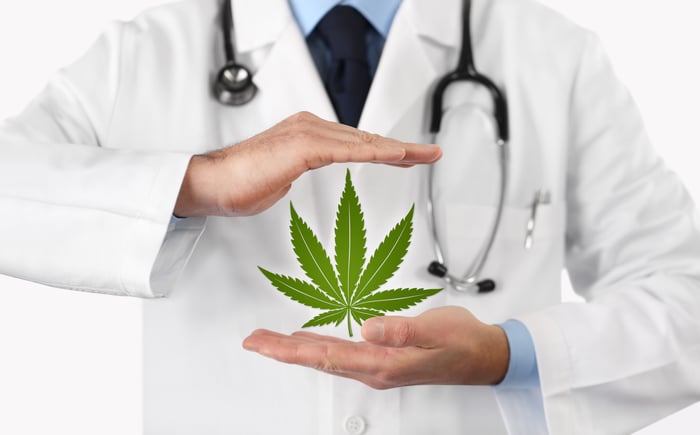 Syndros looks to be a bust

Assuming Insys Therapeutics does move to sell Subsys and related assets, it'll essentially be placing its hopes on its developing pipeline, as well as Syndros. Mind you, Syndros had peak-sale estimates of between $200 million and $300 million via Wall Street when it was first approved. After all, there was no drug like Syndros to ever hit pharmacy shelves for the treatment of CINV and anorexia associated with AIDS. But after four-plus quarters since it was launched, Syndros has proven to be a dud.

According to the company's latest 10-Q filing with the Securities and Exchange Commission, it recorded only $976,000 in Syndros sales in the third quarter. That compares to $684,000 in sales in the year-ago period. It's worth pointing out that while this represents a nominal improvement in sales of 43%, Syndros wasn't on pharmacy shelves for the entirety of Q3 2017. On a comparable basis, following its launch in the summer of 2017, there's been virtually no growth in sales of the drug from the previous year. And year to date, just $2.61 million in net sales have been registered.

Why is Syndros such a dud? It's possible that Insys' bad rap with Subsys has translated into a poor public and physician response to the drug. Another possibility is that in an effort to minimize its losses, Insys hasn't devoted nearly enough capital to properly market Syndros to new patients and physicians. And finally, it may just be that patients and physicians prefer time-tested medicines for CINV and anorexia associated with AIDS rather than a synthetic form of THC. Whatever the reason, Syndros looks to be a complete flop for Insys Therapeutics. 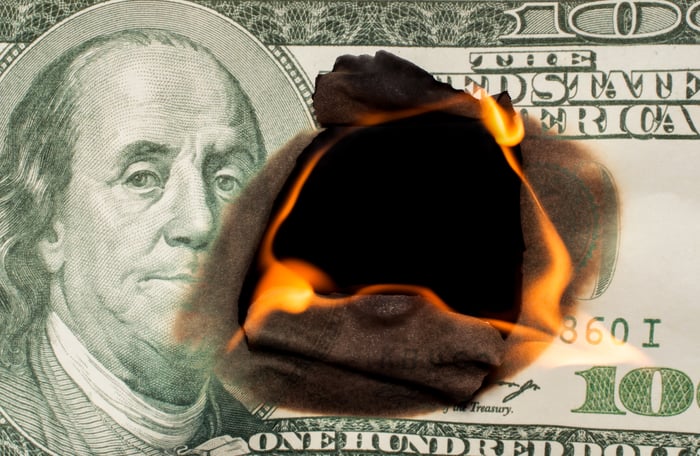 What's next for Insys? Probably a lot of red...

So where does that leave the company, you ask? While it does have $113 million in cash and cash equivalents and no outstanding debt, it's on track to continue losing a lot of money. Selling Subsys could help stem the bleeding a bit, but Insys is otherwise looking at a regular quarterly outflow from its coffers.

It also has a number of cannabidiol (CBD)-based therapies in its pipeline, including a mid-stage treatment for Prader-Willi syndrome. Then again, we've already seen that these treatments aren't a sure thing to succeed once they reach pharmacy shelves.

Ultimately, Insys is now just a shell of its former self. Its premier cancer pain-fighting drug is broken, Syndros is a dud, and, as the icing on the cake, its experimental opioid spray known as Buvaya received a Complete Response Letter (basically a rejection, unless certain requests are met) in July, because its risks outweighed its rewards.

Suffice it to say, this marijuana stock can be safely expelled from portfolios without so much as an afterthought.