Last week, Dunkin' Brands ( DNKN ) rolled out a strategic initiative that management believes will deliver years of profit growth. After investing $65 million alongside franchisees to install new espresso machines in every Dunkin' U.S. location, the company aims to deliver an "entirely new handcrafted espresso experience and lineup of espresso drinks."

The higher-end machines allow for semi-manual preparation and thus more control over the extraction process -- and ultimate quality. Dunkin' has also tweaked its espresso strength and flavor profile, updated its coffee packaging, and launched a marketing campaign with weekly espresso-beverage-based promotions running through the end of the year.

CEO David Hoffmann offered a rationale for the company's embrace of a post-drip-coffee world in the company's most recent earnings conference call in late October:

We think it's a value proposition that Dunkin' is uniquely positioned on. We know in this competitive environment no one wakes up wondering where they can get a latte, but where we stand out is our ability to now deliver best-in-class quality espresso beverages at a good value, served at the speed of Dunkin' -- that is great coffee fast and what our blueprint is all about.

While you, sophisticated reader, may perhaps favor a local, independent coffee shop for your morning jump-start, Hoffmann's marvelously loaded phrase "no one wakes up wondering where they can get a latte" refers of course to competitor Starbucks Corporation ( SBUX -0.01% ), which dominates the mass market for espresso drinks. There's another critical idea in this excerpt: that the organization will win market share from Starbucks by serving espresso beverages at "the speed of Dunkin'." 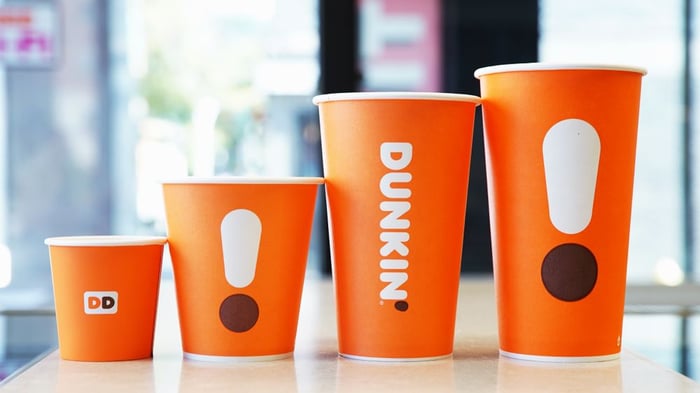 Starbucks took espresso mainstream in the U.S. in the 1980s and 1990s by convincing consumers to treat its stores as a classical "third place" between home and work. The company encouraged social interaction and positioned its stores as places to linger -- particularly in the dayparts that follow the morning crush.

Over time, Starbucks facilitated faster, more efficient ordering of its beverages via mobile order and pay and the increasing presence of drive-throughs in newer freestanding stores. Yet in an effort to reinvigorate same-store sales, Starbucks has come full circle as of late.

The organization aims to use automation to reduce 50% of in-store administrative tasks by 2019 in order to free up two to three hours of daily employee time for increased customer interaction. As my Fool.com colleague Dan Kline argues, this should provide more time for baristas to educate customers on espresso beverages. The program may also encourage more customer experimentation and lead to a higher lifetime value per customer for the mammoth coffee chain.

If Starbucks is returning to its roots as a third place, Dunkin' is applying its "beverage-led, on the go" ethos to espresso. I believe this inversion of the status quo is a well-planned guerilla strategy that hinges on a very specific type of customer. During the third-quarter earnings call, Chief Marketing Officer Tony Weisman provided more insight into executives' thinking:

Espresso beverages have a very high projected continued growth; [they're] the number one beverages among millennials... [W]e know that lattes for example are the gateway into the caffeine profile for a lot of teens and young adults. 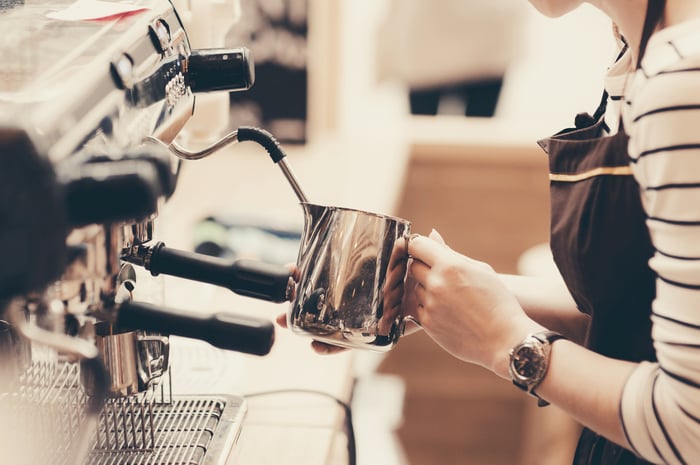 Dunkin' reasons that a younger generation of coffee drinkers, born digital and acclimated to app-driven convenience, may not intuitively associate espresso beverages with leisure. Now appears to be the optimal time to train those in their teens to appreciate a "hand-crafted" latte delivered with speed and convenience.

While Weisman's "gateway" reference may be slightly cringe-worthy (caffeine is, after all, a drug), his data is on point. Millennials are responsible for 44% of coffee consumption in the U.S., according to an October 2017 article in Nation's Restaurant News. Incidentally, the same article also points out that ready-to-drink (RTD) coffee beverages are popular among millennials because the generation favors quick, "on the go" options. Dunkin' launched its first RTD coffee beverage in September 2018: the espresso-based "Shot in the Dark," which is being manufactured and distributed by Coca-Cola. 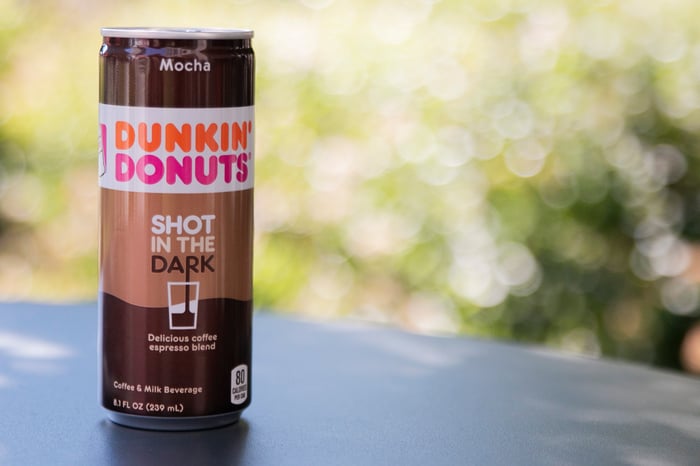 In an article I wrote on Dunkin' nearly one year ago, I stated that the organization's most important task for the year was to improve franchisees' cash-on-cash investment returns by leaning on beverages while improving throughput (i.e., the speed at which the company moves orders, and thus sales, through its system). I dubbed this imperative "the relationship between speed and cash."

It appears the chain is actively exploiting this dynamic. Training customers to view a latte or cappuccino as a quick hit and executing on this promise will lift throughput while providing higher margins versus drip-coffee sales. This should boost franchisees' cash returns and consequently improve Dunkin's royalty income. If a younger demographic wakes up next year wondering where to get a latte, management's guerilla espresso strategy will benefit shareholders as well.