Please ensure Javascript is enabled for purposes of website accessibility
Log In Help Join The Motley Fool
Free Article Join Over 1 Million Premium Members And Get More In-Depth Stock Guidance and Research
By Scott Levine - Nov 27, 2018 at 7:17AM

This fuel cell leader provided investors with several reasons to get charged up.

Don't get distracted. It may be tempting to linger on the fact that when Plug Power (PLUG 2.02%) released its third-quarter earnings earlier this month, it reported a $0.07 loss per share (adjusted for non-recurring items), narrowly beating analysts' consensus expectation for an $0.08 per share loss. Likewise, the fact that the fuel-cell specialist reported revenue 14% higher than analysts had expected might also attract some attention. But it's the company's progress toward profitability upon which investors should focus.

Thanks largely to the sale of more than 1,400 GenDrive fuel cell units and seven GenFuel hydrogen stations, Plug Power took in gross revenue (excluding common stock warrants) of $55.3 million in the recently completed quarter. The company's performance last quarter was so successful and its schedule of deliveries for Q4 so auspicious, in fact, that management boosted  its 2018 gross revenue forecast from a $155 million to $180 million range up to a $175 million and $190 million range. At the midpoint, that would equate to a 37% increase from the $132.9 million in gross revenue the company reported in 2017. 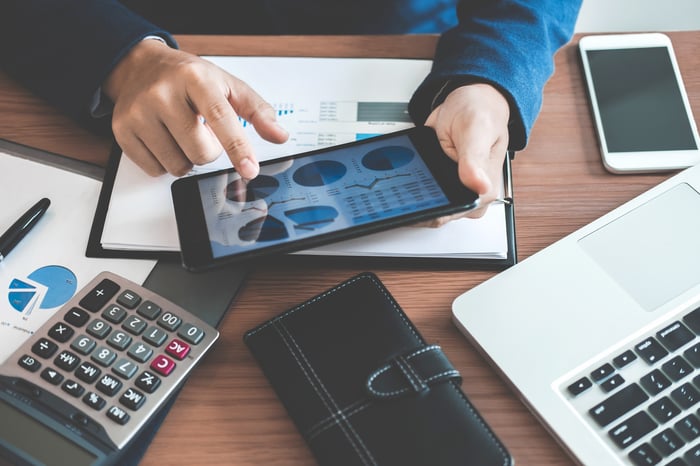 Further illustrating the company's optimism, Plug Power announced the opening of a new facility near its headquarters in Albany, New York that will expand manufacturing capacity for its GenDrive and GenFuel products, and also include the production line for its new ProGen hydrogen engines.

One for the record books...

In its letter to shareholders, management asserts that the company's improved profitability "stems from ongoing volume leverage, product cost downs, and reliability investments in the service and fuel product lines." Attempting to inspire confidence that the progress was not a fluke, management further commented that it expects Plug Power's service business, which posted a negative 2.8% gross margin in Q3, to become profitable in mid-2019.

Whereas Plug Power failed to hit its Q2 forecast, reporting EBITDAS (earnings before interest, taxes, depreciation, amortization, and stock-based compensation) of negative $13.5 million -- far below expectations in the range of negative $7 million to negative $9 million -- the company turned in a record performance in Q3, posting EBITDAS of negative $1.6 million. That's the closest the company has ever come to breaking even on an EBITDAS basis -- and management, apparently, doesn't expect this record will stand for too long.

As it has for most of 2018, management remains committed to the idea that it will break even on an EBITDAS basis in the second half of this year. In order to do this, the company will need to turn in another quarter of record performance and report positive EBITDAS of at least $1.6 million in Q4. 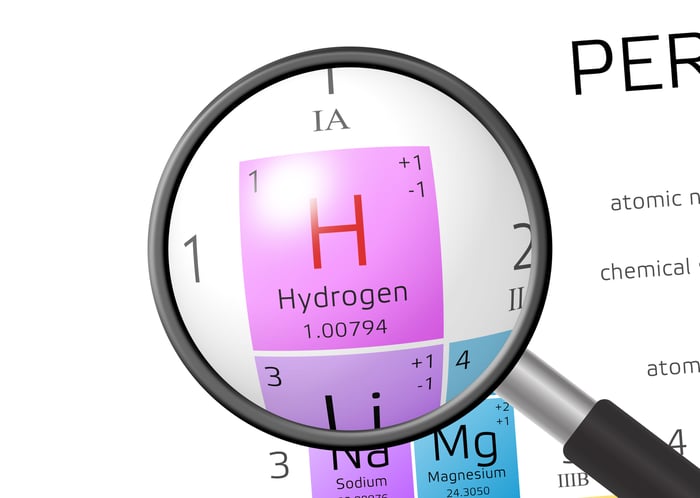 Beyond its greater adjusted gross margin, a reduction in service costs is also contributing to the company's EBITDAS growth. For example, by increasing the ProGen fuel cell's stack life, the company has reduce expenses in its services businesses. Further, with the production of its first membrane electrode assemblies (MEA), Plug Power has taken steps to improving stack life even more; in its letter to shareholders, management called its proprietary MEA technology "a key component" of the newly designed ProGen metal stacks."

In Q3, Plug Power made significant progress toward producing a bottom line that isn't colored red, but the enthusiasm that its gains generated should be tempered by the company's track record of failing to meet its forecasts. Based on that, management's outlook for positive EBITDAS in the second half must be taken with a grain of salt. However, if the company maintains its momentum and does what management says it will -- generating a minimum of $1.6 million in EBITDAS in Q4 -- that would go a long way toward earning back some trust from investors.