These winners helped pull the market up from early losses.

Tuesday was a volatile day on Wall Street, with early losses giving way to gains for the Dow Jones Industrial Average and the S&P 500. Market participants initially reacted negatively to threats of higher tariffs from the White House, but subsequent comments made investors more comfortable with the current state of geopolitical affairs. In addition, some good news from several corners of the market helped to improve overall sentiment. Spirit Airlines (SAVE 1.68%), Bluegreen Vacations (NYSE: BXG), and StoneCo (STNE 0.13%) were among the best performers on the day. Here's why they did so well.

Shares of Spirit Airlines soared 15% higher after the discount airline boosted its guidance for a key metric. Spirit said that it expects its revenue per available seat mile for the fourth quarter to rise at an 11% rate, doubling its pace of growth from the third quarter and dramatically exceeding previous projections for roughly 6% gains. Innovative moves like variable pricing for baggage fees and seat assignments have resulted in a substantial increase in revenue, and Spirit's efforts to match its capacity more closely to passenger demand through changes to its routes have led to more seats getting filled. Combine that with falling fuel costs, and the stage is set for a strong quarter to finish 2018. 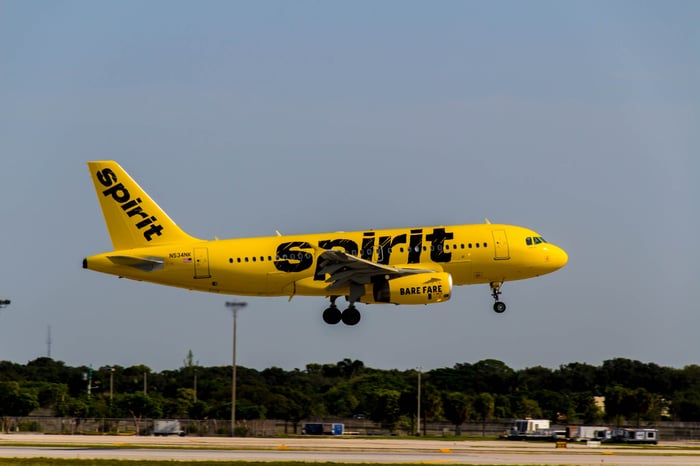 Bluegreen likes its own stock

Bluegreen Vacations saw its stock climb 17% in the wake of the decision of its board of directors to implement a share repurchase program. The vacation ownership specialist and resort manager said that it would buy back as much as 3 million shares, paying no more than $35 million toward repurchases. With the company already 90% owned by BBX Capital, the limited float means that the 3 million share authorization represents more than 40% of outstanding shares held by the public. Interest among investors in companies specializing in timeshares and other vacation real estate has been solid lately. However, with the share price jumping so far, Bluegreen might choose not to make any repurchases under the program unless the stock falls back.

Finally, StoneCo's shares rose 5%. The Brazilian financial technology company reported its third-quarter financial results, which included sales more than doubling from year-ago levels and even larger gains in adjusted net income. StoneCo's active client count more than doubled to 234,000, with total payment volume over its network rising by more than 80%. Most of the numbers came in at the higher end of previously projected ranges for key metrics, and investors who are hungry for good investments in fintech seem pleased to have an international option among the many U.S. companies in the space.