Shares of beleaguered industrial giant General Electric (GE -0.06%) were down again in Friday morning trading, falling 6% as of 11 a.m. EST -- and you can thank Deutsche Bank for that.

This morning, the German megabank announced it's cutting its price target on GE stock by more than 36%, from $11 to just $7 a share. 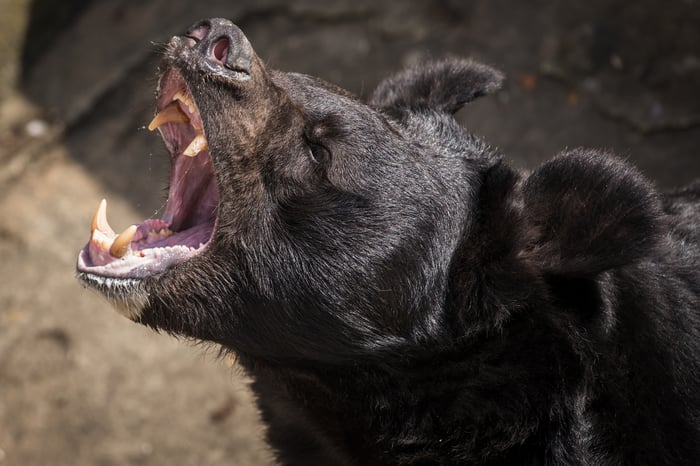 Of course, even $7 is only about $0.55 below where General Electric stock is trading right now, so this is hardly a doomsday scenario. But what is it, specifically, that has Deutsche Bank cutting its target in the first place?

In a word: cash. And in three words: free cash flow.

As Deutsche Bank explains, it has run a couple of scenarios on GE stock -- one assuming things will play out as the bank thinks they will, and another "bear case" scenario in which it checks on what will happen to GE if things get really bad over the next few years. The analyst's conclusion is that if things do get bad, then GE could find itself burning cash through the next three years at a minimum -- about $2 billion to $3 billion per year, according to a note posted on StreetInsider.com today.

Even in that worst-case scenario, though, the bank says it believes GE's existing cash reserves, plus cash generated from asset sales, will suffice to prevent the company suffering a "liquidity crisis" (i.e., going bankrupt).

What's more, Deutsche Bank questions whether this doomsday scenario is even likely to happen. In the analyst's opinion, bankruptcy is not probable, which is why the bank is maintaining its rating on GE stock at hold, and assigning a price target not that much worse than today's stock price, despite the risk of long-running cash burn.

Given today's sell-off in GE stock, however, it appears investors aren't nearly as sanguine about GE's prospects. They're selling first, and asking questions later.