On the one hand, AeroVironment performed admirably on the earnings front, reporting $0.29 per diluted share  in GAAP profit, well ahead of analysts' expected  $0.16 earnings per share. On the other hand, the company's sales of $73 million fell short of the $74.5 million that analysts were hoping to see. 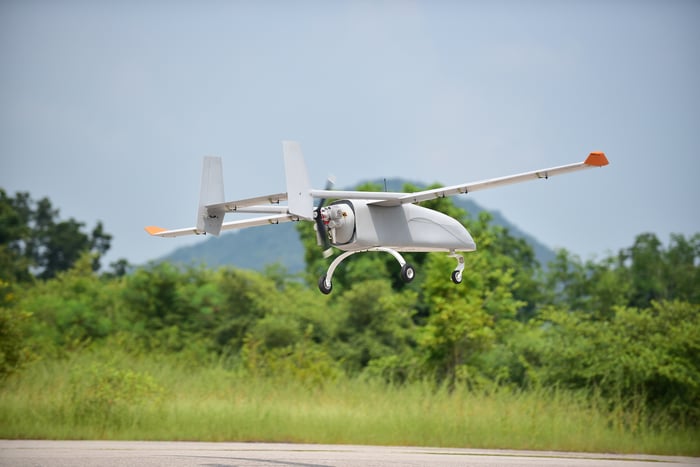 So ... what's wrong with that? On the face of it, it seems AeroVironment earned more money than Wall Street thought it could, despite making fewer sales than Wall Street believed it would, which sounds like a good thing.

But consider: If AV's profits were greater than expected, they were still down 9% from the $0.32 per share earned in last year's Q2 -- and declining profits are not ordinarily something investors like to see. What's more, these profits declined despite AeroVironment growing its sales a respectable 11% -- which means that profit margins on that revenue weakened during the quarter.

Indeed, the company's operating profit margin appears to have declined a precipitous 770 basis points to just 14% in Q2.

All that being said, things could turn back up for AeroVironment in future quarters. Backlog at the company has grown to nearly $164 million over the past year, up from just $113.5 million one year ago. That 44% increase in backlog isn't quite as fast as sales have grown in the year's first half (51%), but it's still an impressive figure.

Between the sales AeroVironment has already booked, and the sales it can reasonably expect to book as it works its way through this backlog, AeroVironment management now predicts it will end fiscal 2019 with sales of between $300 million and $310 million, up 12% to 15% from last year. And if that seems a bit slow for a growth stock like AV, well, earnings are expected to come in between $1.30 and $1.50 -- a 41% to 62% increase over fiscal 2018.

Long story short: AeroVironment stock is "down" today, but don't count it "out" just yet.