Chinese electric-vehicle maker NIO (NYSE:NIO) said it delivered 3,089 vehicles to Chinese customers in November. That was nearly double its total deliveries in the month prior, a sign that the production ramp-up of its electric SUV, the ES8, continues to go smoothly.

NIO also shared some details about the upcoming debut of its second model, a smaller SUV called the ES6. Here's what we learned. 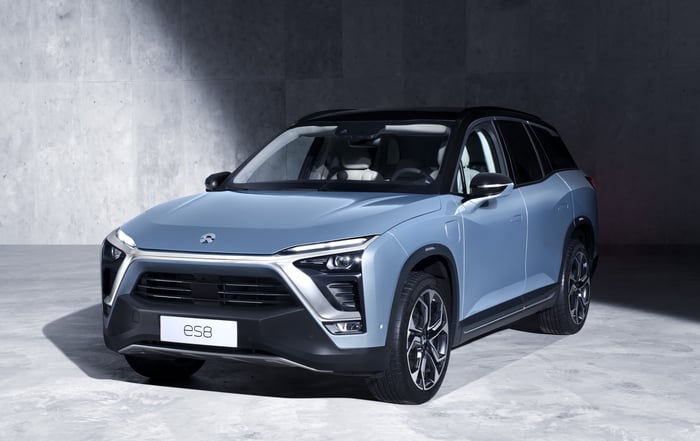 The NIO ES8 is an upscale electric SUV. Sales have risen steadily since its debut in late June. Image source: NIO.

On track to meet its 2018 sales guidance

NIO said that through the end of November, it has produced over 10,000 ES8s and delivered 8,030 to customers since production began in late June. Its monthly deliveries have ramped up more or less smoothly, but the company made a big leap from October to November.

Data source: NIO, Inc. Chart shows deliveries of the NIO ES8 SUV for every month since deliveries began on June 28, 2018.

NIO's CEO, William Li, said the company has worked to ramp up its customer-support capabilities along with its production of the ES8, and that those efforts will continue for a while.

"We have made significant enhancements to our software and service capabilities to better support the growing numbers of ES8s on the road," Li said. "We are confident that, with improved integration and the dedication of our global teams, we will continue to deliver strong products and services to our users."

The next NIO: A smaller SUV with more range

Li confirmed that NIO will launch its next model, the ES6, on Dec. 15. The ES6 is a "two-row," five-passenger electric SUV that will have longer range and a lower price than the "three-row" seven-passenger ES8, he said.

The comment about range is significant. The ES8 compares well with the more expensive Tesla (NASDAQ:TSLA) Model X in many ways, but its range -- just 220 miles under the generous NEDC standard -- falls short of the bar Tesla has set. If the ES6 can deliver 240 or so miles under the newer and stricter WLTP standard, NIO could find itself in the happy situation of selling every ES6 it can make.

The ES6 seems likely to be competitive with Tesla and other upscale rivals on at least one other front: Li promised that the new NIO will have "exceptional acceleration." 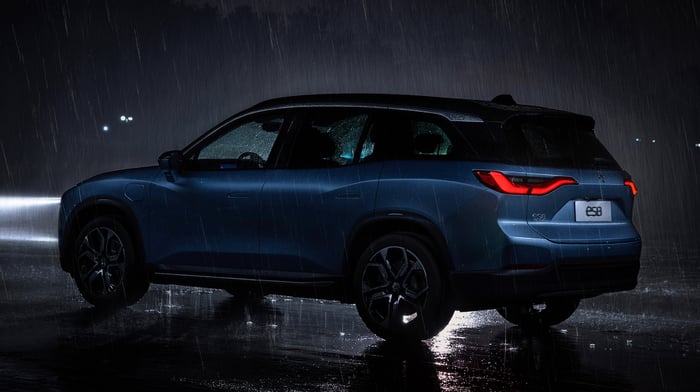 The upshot: NIO is executing on its plan

It's refreshing to find an electric-vehicle startup that's setting reasonable goals and achieving them. It's also refreshing to find one that's reporting its sales on a monthly basis, like most major automakers -- something Tesla has never wanted to do.

NIO's stock has had a bumpy ride since its initial public offering on Sept. 12, but the company has ample cash in the bank and has so far delivered on its production and delivery guidance. If the ES6 turns out to be a strong contender, NIO could see its revenue -- and its stock price -- move sharply higher in 2019.