With shares down nearly 40%, Facebook wants to get more aggressive with its stock buybacks.

On Friday, social network Facebook (FB 3.86%) surprised investors when it announced a major expansion to the amount of money its board has authorized for share repurchases. The increased share-repurchase program reflects management's confidence in Facebook's business and highlights how much cheaper shares have become recently.

Facebook shareholders, in particular, should be pleased with the company's timely and opportunistic increase to its repurchase program. 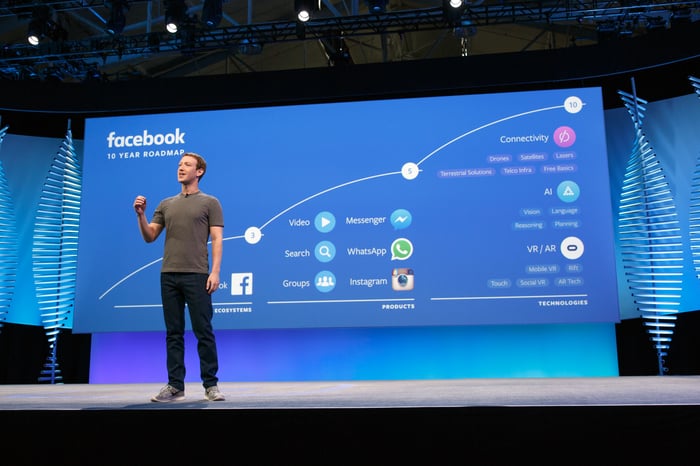 In an SEC filing published on Friday, Facebook said its board of directors has approved a $9 billion increase to its share repurchase program. This repurchase authorization adds to the $15 billion program the company commenced last year.

"The repurchase program does not have an expiration date, and the timing and actual number of shares repurchased depend on a variety of factors," Facebook said in the filing, "including price, general business and market conditions, and other investment opportunities."

The $9 billion authorization comes after shares have fallen 37% since hitting an all-time high this summer. While the social network has certainly faced a number of challenges recently, including decelerating growth and several high-profile security issues, the stock's sell-off may have gone too far. A repurchase program, therefore, takes advantage of the stock's lower price.

Highlighting just how much cheaper Facebook stock is now than it was this summer, the company's price-to-free cash flow ratio has fallen from about 37 in July to 23 today. That's why it's unsurprising that Facebook's board of directors wants to be more aggressive with its share repurchases -- and investors should cheer the board's willingness to be opportunistic.

This could be just the beginning

Fortunately for Facebook shareholders, the social network can easily afford a $9 billion increase to its share repurchase program. Facebook has generated $17.5 billion of free cash flow in the trailing 12 months alone. In addition, the social network ended its most recent quarter with $42.2 billion of cash, cash equivalents, and marketable securities.

Facebook was already ramping up its repurchases before this announcement. The company spent $4.3 billion repurchasing stock in its third quarter, up from $3.2 billion in Q2. If Facebook stock continues to trade at these suppressed levels and the company keeps repurchasing shares aggressively, another repurchase program expansion could come as early as next year.