HP (NYSE:HPQ), one of the largest PC and printer makers in the world, is often dismissed as a slow-growth mature tech stock. Yet HP met or beat analyst expectations on the top and bottom lines for ten straight quarters, and its stock rose nearly 10% this year -- compared to a 2% decline for the S&P 500. However, I think HP's stock deserves to climb much higher next year, for three simple reasons. 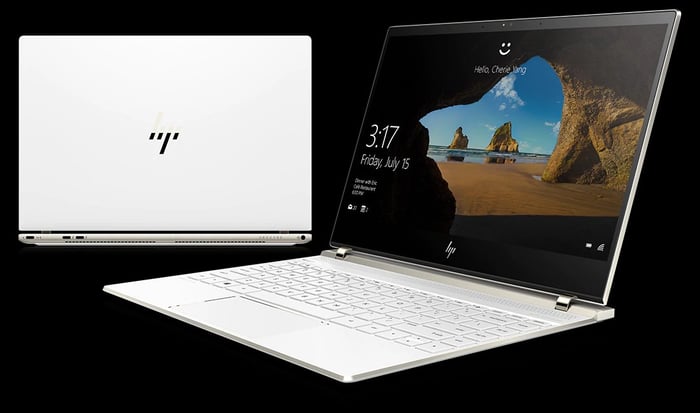 Sales of HP's PCs and printers have risen steadily since that split. Here's how the two businesses fared over the past year:

HP's PC sales were buoyed by robust demand for its higher-end laptops and convertibles, along with higher sales of its Omen gaming PCs. HP's shipments have risen year-over-year for ten straight quarters according to IDC.

IDC claims that HP controlled 22.8% of the PC market during the third quarter of 2018, placing it in second place behind Lenovo (OTC:LNVGY), which received a market share boost from its takeover of Fujitsu's ailing PC unit earlier this year. However, the recent allegations of Chinese espionage against motherboard manufacturer Super Micro -- along with the charges against ZTE, Huawei, and other Chinese tech companies -- could cause more US companies to purchase HP's PCs instead of Lenovo's, even though Super Micro isn't one of Lenovo's suppliers.

HP's sales of printers remained positive in both the consumer and commercial markets, the latter of which received a big boost from the takeovers of Samsung's printing unit and office equipment dealer Apogee. The commercial unit is also diversifying into industrial 3D printers, which could become a major growth engine in the near future. 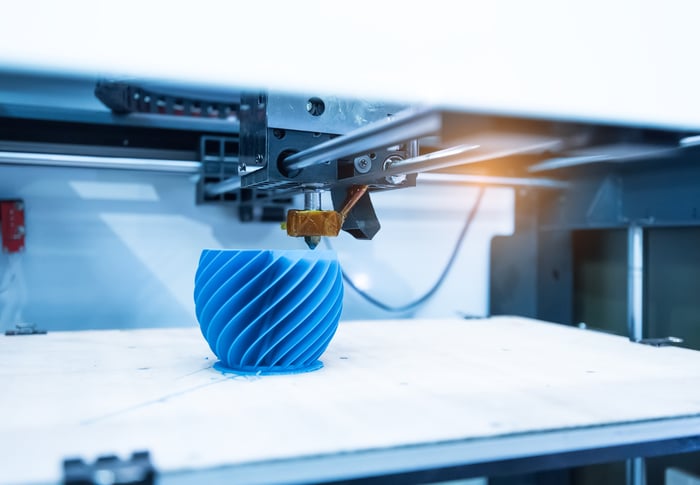 HP also consistently repurchases shares to boost its EPS and tighten up its valuations. Over the past 12 months, it spent $2.6 billion -- or 64% of its free cash flow (FCF) -- on buybacks. It also approved a new $4 billion buyback plan (equivalent to 11% of its market cap) earlier this year. Those buybacks contributed to HP's solid EPS growth over the past year.

Analysts expect HP's EPS to grow at an average rate of 12% over the next five years. Based on that forecast, HP has a 5-year PEG ratio of 0.9. Since a PEG ratio below 1 is considered "undervalued", HP's stock looks cheap relative to its long-term growth potential.

Investors are likely avoiding HP due to fears of tariffs, a cyclical slowdown in PC sales, and a belief that higher-yielding bonds are more reliable income investments. However, I believe that HP's widening moat, stable growth, low valuation, and decent dividend make it a dependable long-term investment in a volatile market -- so I'm not selling my shares anytime soon.