Stocks plunged Monday morning but rebounded in the afternoon. The Dow Jones Industrial Average (DJINDICES:^DJI) and the S&P 500 (SNPINDEX:^GSPC) both managed small gains.

As for individual stocks, Apple (NASDAQ:AAPL) rose despite an unfavorable decision by a Chinese court, and huge biotech IPO Moderna (NASDAQ:MRNA) also made gains. 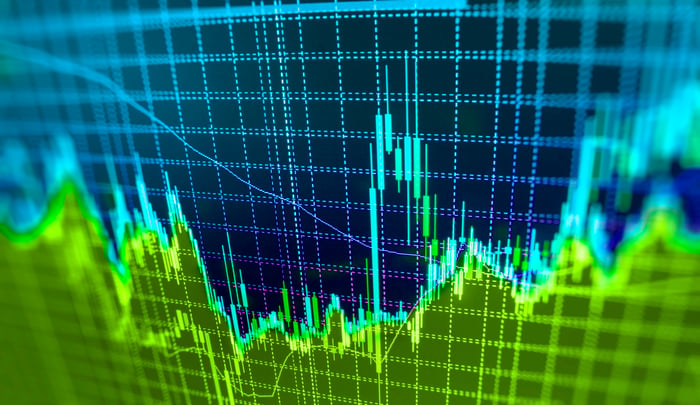 Qualcomm (NASDAQ:QCOM) won the latest round in its bitter battle with Apple, announcing that a Chinese court has granted its request for an injunction to block the sale of Apple's older phones in China. Apple stock initially fell 2.8%, but recovered to gain 0.7% as investors digested the news.

The decision by the Fuzhou Intermediate People's Court in China orders Apple to stop importing and selling iPhone models the company was selling before this year's new introductions, due to alleged infringement of Qualcomm software patents covering the resizing of photos and the manipulation of apps on a touch screen.

Apple, which denies the infringement charge, maintains that the injunction only applies to its earlier iOS 11 operating system, has filed an appeal, and says it is continuing to sell its phones in China.

Apple is locked in a royalty dispute with Qualcomm, while at the same time designing its chips out of the Mac maker's latest devices. Losing China sales would be a blow to Apple, but investors were betting today that the company will win its appeal, or eventually settle with Qualcomm.

Moderna, an early-stage biotech working on drugs for a wide range of diseases using a novel platform, went public Friday, raising $536 million in an historic IPO. Shares rose 1.1% to $18.80 today, but are still selling well below the $23 offering price.

Moderna is creating a new category of drugs based on messenger RNA, which is used in cellular processes to produce proteins. The company is working on developing vaccines for a broad range of diseases including flu, zika, chikungunya, and even cancer. It is also developing therapies for cardivascular disease, cystic fibrosis, and rare diseases. Moderna has established collaborations with a variety of big pharmaceutical companies -- including Vertex Pharamaceuticals, Merck, and AstraZeneca --  and has 10 drugs in clinical trials.

The offering has been anticipated by investors for years, but the market seems uncertain about the direction of the stock. The 25-million-share offering amounts to only 6.6% of the shares outstanding, and Moderna, which lost $0.97 per share last year, is now valued at over $6 billion.