Shares of Coherent (NASDAQ:COHR) gained 12.2% in November, according to data provided by S&P Global Market Intelligence. Shares regained ground following an improved outlook for a trade deal between the U.S. and China, and also appear to have gotten a boost from positive analyst coverage. 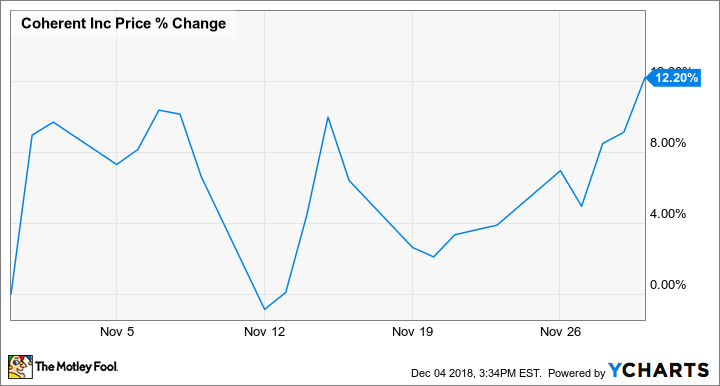 President Trump made comments on Nov. 1 indicating that a trade deal with China could be forthcoming in the not too distant future, causing Coherent stock to rise early in the month. 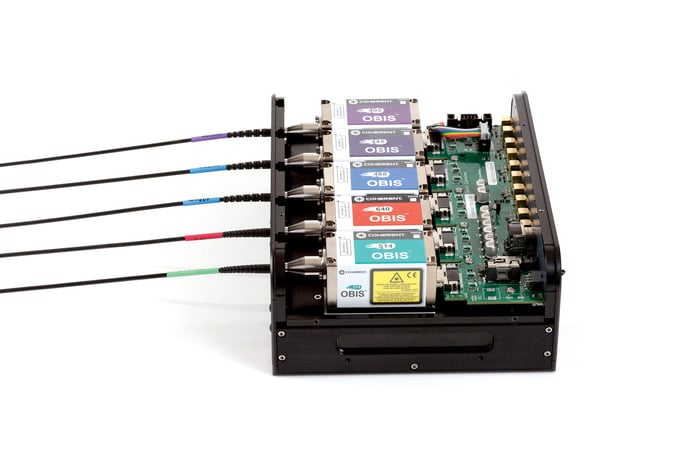 Coherent stock fell 28.5% in October amid a steep sell-off in the broader market and indications that trade relations between the U.S. and China could be worsening. The slowdown for China's economic growth has also been a headwind, and Trump's optimistic comments early in November about a deal being made suggested that Coherent could see a lessening of the tariff pressures affecting its business. The company makes lasers that are used in the production of OLED screens, automobiles, medical devices, and other products that have been affected by U.S. tariffs on goods manufactured in China.

Coherent then reported fourth-quarter results on Nov. 6, with earnings for the period coming in ahead of the average analyst estimate but revenue falling short of the target. The company delivered earnings per share of $3.22 on sales of $461.5 million, while the average analyst estimate called for earnings of $2.96 and sales of $462.2 million. Earnings were down 13.5% from the prior-year period and sales dipped roughly 6%, and the stock sold off following the earnings release. Shares then appear to have seen some positive momentum from new analyst coverage, with Berenberg Bank initiating coverage on the stock with a buy rating published on Nov. 14.

Coherent stock has given up gains that it made in November, with shares trading down 13.4% in December so far. 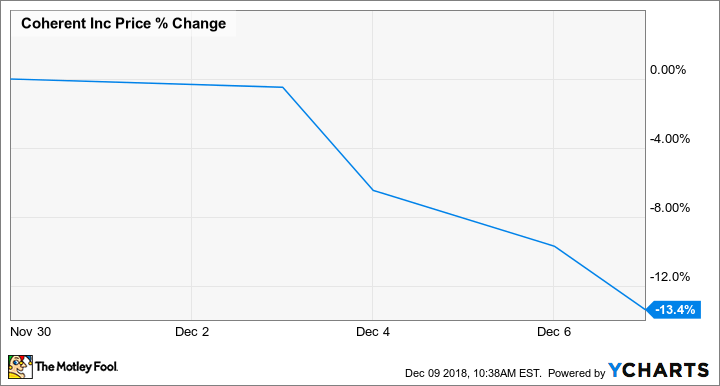 Despite news out of the G20 summit early in December that the U.S. and China would put a halt to any new tariffs, Coherent stock has lost ground this month. Indications that the market could be heading into a more prolonged period of sell-offs, along with uncertainty as to whether the current truce on trade will produce a long-term agreement, appear to be weighing on the company.

Coherent expects full-year sales for 2019 to fall by between 8% and 12% as a result of impact from tariffs -- putting its revenue target at roughly $1.71 billion. Shares trade at roughly 1.7 times next year's expected sales and 11 times expected earnings.