Lasers could be a great bang for your buck right now.

2018 has been rough for technology component makers, and laser and laser-based systems manufacturer Coherent (COHR -0.88%) has been no exception. The stock is down 56% year to date as of this writing as sales have slowed, and management's early 2019 forecast indicates business will be stuck in a rut for some time. However, after such a big sell-off, value investors will want to take a look.

While numbers for the first nine months of the fiscal year look great,  expectations for the future are what really matter on Wall Street. Sequential results show that business is grinding to a halt at Coherent. In the most recent quarter, sales and adjusted earnings -- which back out stock-based compensation and amortization of assets -- were both 4% higher than in the prior year, and sales were flat with the quarter preceding.

Part of the slowdown is due to OLED panel manufacturers, which Coherent sells lasers to in the aid of production and testing of the screens. Manufacturers will be slowing down their production line updates in 2019, but Coherent still sees a long-term growth trend for the next few years as smartphone, tablet, and TVs make the switch from LED to the more efficient and higher picture quality OLED screens. Growth from OLED manufacturing should pick up again in 2020.

Other quarter-over-quarter weakness was seen in material processing, laser components, and consumer goods applications, as well as noted weakening in China. Declines were offset by continued strength in auto manufacturing, medical devices, and aerospace and defense. However, with Coherent's OLED business set to slow down next year and offset areas of growth, management called for total sales to be flat in 2019 compared with 2018. 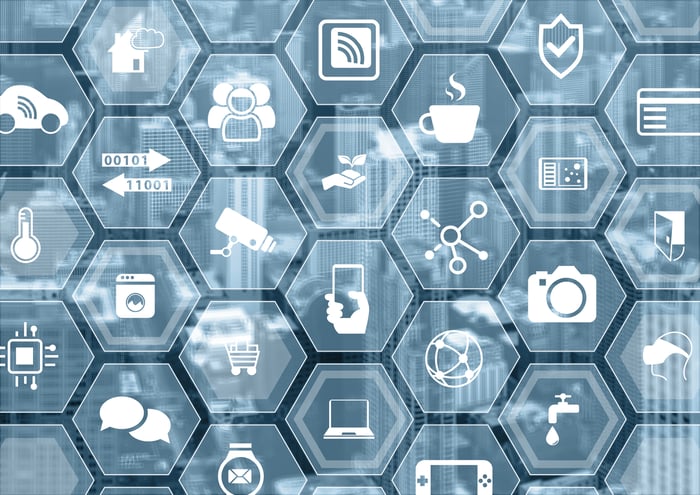 Are things really that bad?

So how do flat expectations on an annualized basis equate to a 50% share-price decline? Part of the drop was an adjustment to the sky-high expectations priced in at the onset of the year, but there is also worry that things could get worse than what management is forecasting for next year. Adding weight to that concern are the preliminary fiscal fourth quarter numbers that were given ahead of the official Nov. 6 report.

On the company's 2018 fiscal third-quarter call, CFO Kevin Palatnik told investors to look for sales of $465 million to $485 million. Those figures were downgraded to $460 to $461 million in the preliminary numbers just released, a 6% year-over-year decline. Operating margin expectations were also downgraded to 22% to 23% from the previously guided 25% to 28%.

The bottom line could end up being just fine, though. Unless the upcoming report holds unexpected surprises, gross profit margins are expected to hold at current levels or even improve in 2019, as are operating expenses. The expected weakness in the fourth quarter was blamed on some operating challenges at a manufacturing site in Germany, so it would appear business will rebound quickly from that. Plus, Coherent's stock buyback program is expected to reduce share count to approximately 24.5 million in the fourth quarter, down from 24.9 million in the third quarter. That could mean that, even with the dip in sales, earnings per share could stay flat or even improve.

The stock's trailing-12-month P/E is currently 14, but one-year forward P/E based on analyst expectations is only 10, implying that a double-digit increase in profitability lies ahead. When using free cash flow -- money left over after operations and capital expenditures are paid for -- the stock isn't nearly as cheap. Price to free cash flow is at about 24. That number should also improve, though, if operating profit can keep going up during the current slump.

Though sales are expected to be stuck in a rut for a few quarters, Coherent's still-expanding bottom line makes this company worth watching. Lasers and related components are an increasingly important part of manufacturing, and the company is optimistic about its growth prospects for years to come. With the stock adjusting for a slowdown in the next year, a big rebound could be in order if sales eventually turn a corner and head north again. This one is worth keeping an eye on.