Last month, graphics specialist NVIDIA (NASDAQ:NVDA) had some bad news to share with investors. Thanks to the waning of GPU-based cryptocurrency mining, demand for its midrange graphics processors slowed so much that NVIDIA's distribution partners were left with substantial inventories of graphics cards based on the company's GTX 1060 graphics processing unit (GPU).

NVIDIA said in its most recent CFO commentary that its guidance for the current quarter assumed "no meaningful shipments of midrange Pascal GPUs during the quarter." (The GTX 1060 is based on the company's older Pascal architecture.) 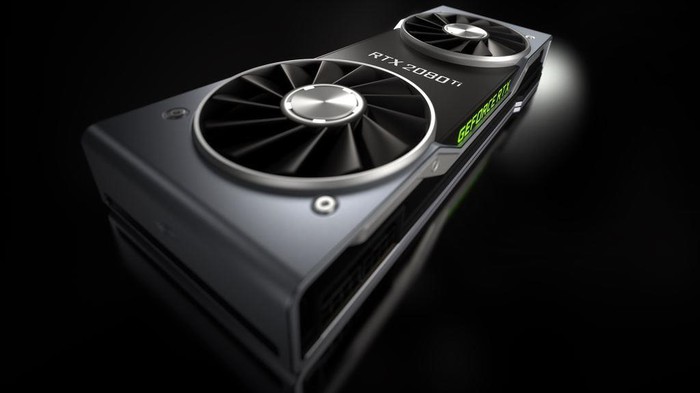 Once that channel inventory returns to acceptable levels, NVIDIA will need to start shipping midrange graphics cards to its partners again. According to the website VideoCardz, which cited sources at graphics board maker Gigabyte, NVIDIA will soon launch the successor to the GTX 1060, known as the RTX 2060, based on its newer Turing architecture for the midrange desktop GPU market.

Let's look at some of the details of that card and what it means for that segment of the market.

Finally, the company's RTX 2070 is based on an even less powerful chip called TU106.

Also keep in mind that a typical graphics card isn't just a GPU -- it's a GPU mounted to a board. That board includes, among other things, multiple gigabytes of dedicated graphics memory. While the RTX 2070 includes 8 gigabytes of the latest graphics memory, known as GDDR6, the RTX 2060 will reportedly come with only 6 gigabytes.

Since the RTX 2060 cards are supposed to be cheaper than the RTX 2070 parts (although by how much we won't know until pricing becomes public), it makes sense for the former to have less memory than the latter. Cutting back on DRAM translates into lower materials costs and makes the RTX 2070 (which NVIDIA will surely want to up-sell customers to if it can) look more attractive by comparison.

What to expect on pricing

I'd expect, then, that the RTX 2060 will be a pricier product than the GTX 1060 cards are. That potentially higher pricing should allow NVIDIA and its partners to launch the RTX 2060 before channel inventories of the GTX 1060 are fully depleted, if necessary, since the GTX 1060 could be sold alongside the RTX 2060 as a lower-cost option.