Please ensure Javascript is enabled for purposes of website accessibility
Free Article Join Over 1 Million Premium Members And Get More In-Depth Stock Guidance and Research
By John Rosevear - Dec 21, 2018 at 6:03AM

Sedan sales have fallen considerably, but the totals are still big.

It's no secret that more and more buyers are choosing SUVs over sedans. Sales of mainstream sedans have fallen so much that some automakers have announced plans to discontinue models that were big sellers just a few years ago.

Still, while sales are down considerably, Americans are still buying a lot of compact and midsize sedans. Here are the 10 best-sellers in the U.S. in 2018 through November -- along with a surprise honorable mention. 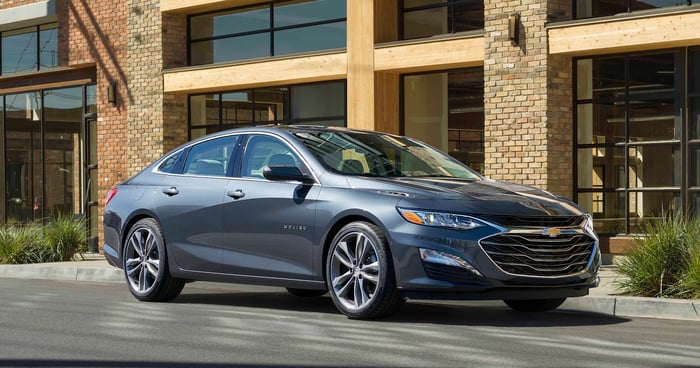 General Motors' ( GM -2.15% ) midsize Chevy Malibu is a well-regarded design that was brand-new for 2016 -- just when the decline in sales of midsize sedans shifted into high gear. Automotive News estimates that U.S. Malibu sales are down about 22% through November, but it's still among America's best-selling cars. 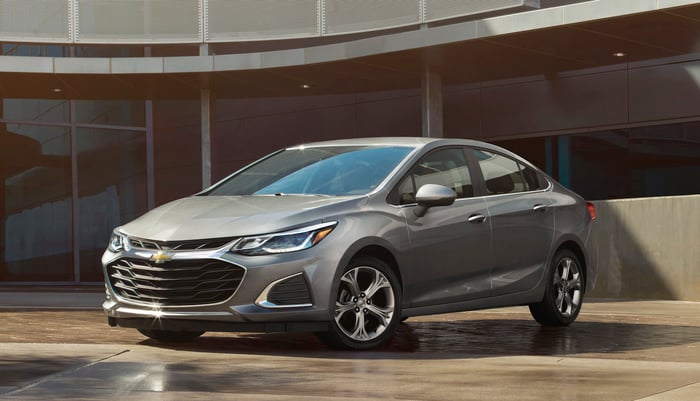 Like its one-size-up sibling the Malibu, GM's Chevrolet Cruze is a solid entry in a shrinking segment. Introduced in 2016, it offered some important upgrades over its (very good) predecessor, including a nicer interior and a lighter-weight structure that improved handling and fuel economy.

But with sales down an estimated 21% in 2018 through November, GM isn't making enough money on the Cruze to keep it around. The Ohio factory that manufactures the Cruze is one of five that GM expects to close after next year. 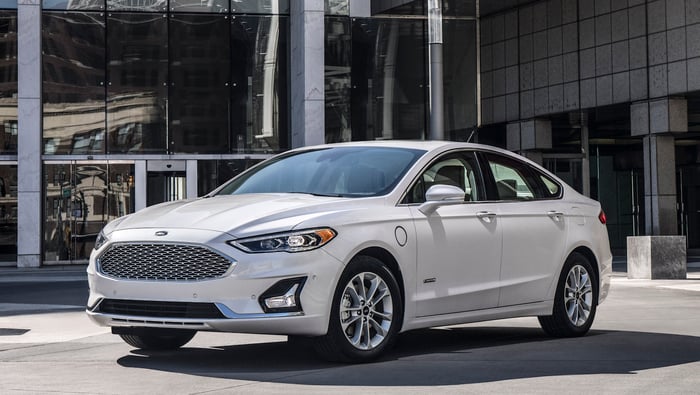 It's hard to overstate the impact that Ford Motor Company's ( F -3.67% ) midsize Fusion sedan made when it was first unveiled way back in 2012. The combination of great styling, thoughtful features, and vault-like build quality was a winner, and sales surged.

Almost seven years later, the Fusion is still among America's best-sellers, but sales are no longer what they were. Through November, U.S. sales of the Fusion are down 18%. 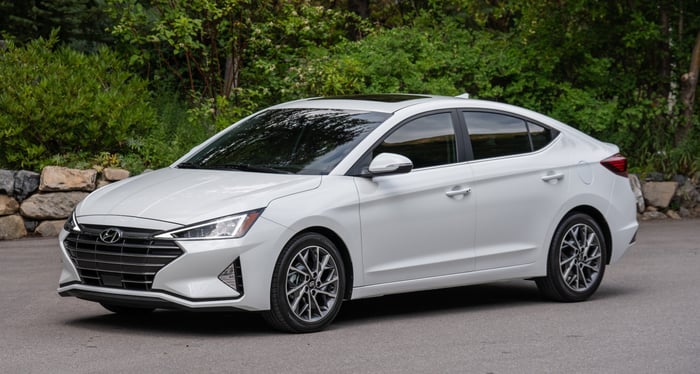 When it first arrived in the U.S., Hyundai ( HYMTF 1.24% ) was known mostly for cheap transportation. It's a different world today. While the current compact Elantra still offers a lot of features for the money, it has become a comfortable, solid sedan that needs no excuses. In fact, it's good enough that it's the one entry on our list that bucks the declining-sales trend: U.S. sales of the Elantra are up 4.8% this year through November. 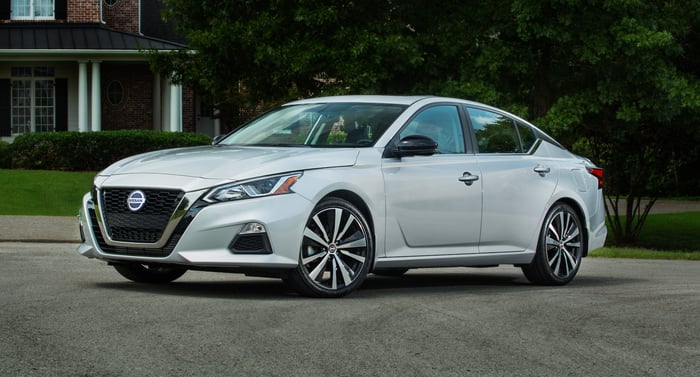 The current midsize Nissan ( NSANY 2.35% ) Altima is a mixed bag. Its roomy back seat gets high marks, but it's not as sharp or as well-rounded as its key rivals. Aggressive pricing has helped Nissan sell quite a few Altimas over the last few years, but it can't buck the larger trend. U.S. sales of the Altima are down almost 19% this year through November. A revamped 2019 model is just now arriving at dealers. 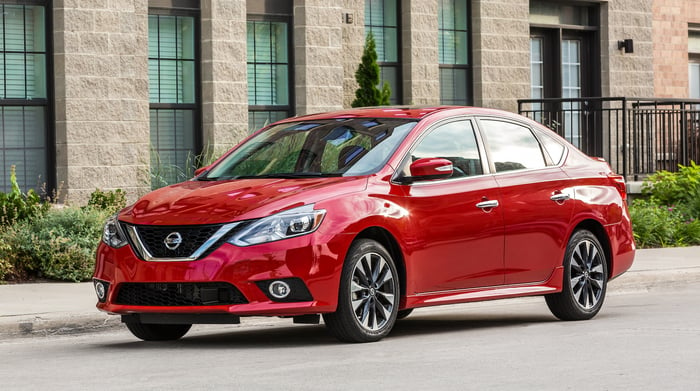 Like its larger sibling the Altima, Nissan's compact Sentra offers a lot at a value price, at least on paper. That aggressive pricing has helped it stay among America's best-selling cars even as it has been eclipsed by plusher-feeling rivals. U.S. sales of the Sentra are down just 3% this year. 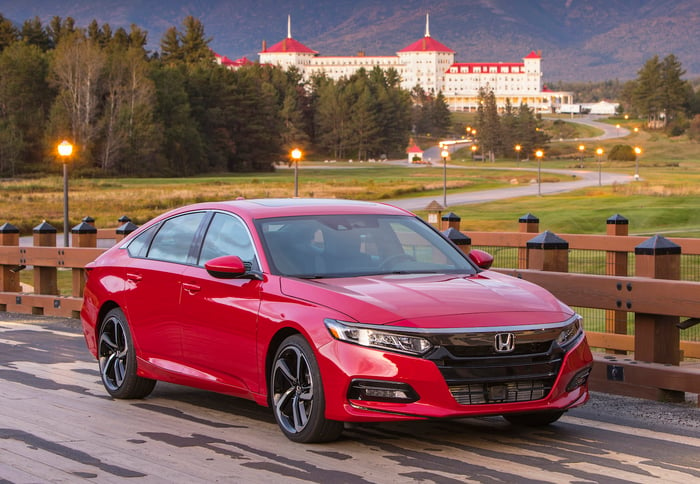 For many years, the midsize Accord was Honda's ( HMC -0.67% ) biggest seller in the United States and one of the biggest-selling vehicles of any kind here -- until the SUV boom changed both of those things. Honda responded with an all-new 2018 Accord that took the longtime family favorite a bit further upmarket, with plush trims, a surprisingly roomy interior, and a few endearing Honda quirks. (Among them: You can still get an Accord with a six-speed manual transmission.)

Sales of the new Accord have been pretty good, but it has fallen well short of its old rival (the Camry) in 2018. Through November, U.S. sales of the Accord are down 12.7%.

Toyota's ( TM -0.38% ) compact Corolla has been a best-seller around the world for ages thanks to a simple formula: It's a dependable, comfortable, safe car at a value price. The latest Corolla sticks to that formula and adds a spacious interior, a smooth ride, and terrific fuel economy. Sales have remained strong despite the declining market for sedans. U.S. sales of the Corolla are down 10% in 2018 through November. 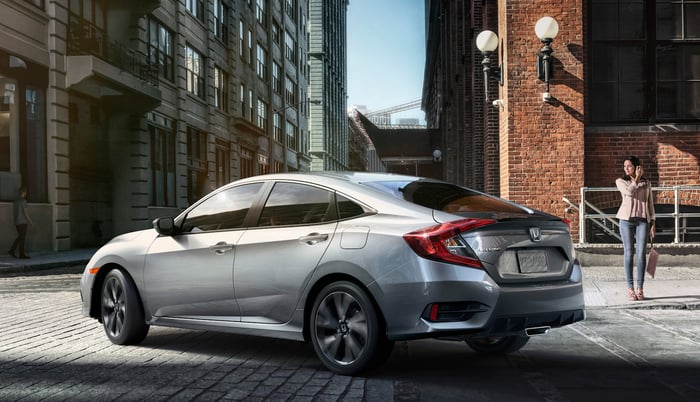 If the Corolla is an apple, the Honda Civic is the orange. It's the other longtime favorite compact sedan, trading a bit of the Corolla's practicality and comfort for sharper handling and a bit more sportiness. But like the Corolla, the Civic is hard to fault as an everyday transportation choice. Which is "better" is mostly a matter of taste.

Through November, the Civic has outsold its old rival, but U.S. sales are down 13.4% from last year. 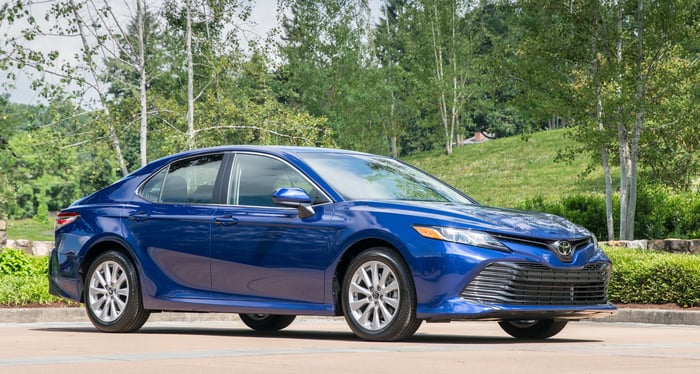 Advantage: Camry. Toyota has put a great deal of effort into keeping its dependable, comfortable midsize sedan atop the U.S. sales charts, and it has paid off again this year. The latest Camry, new last fall, added sharper styling and a sportier interior while keeping the overall package affordable. U.S. sales are down 8.6% through November. While declines are never good, the Camry has more than held its own in a tough market.

Upstart Tesla ( TSLA -6.42% ) didn't quite make the list, but it came pretty close. If InsideEVs' estimate of 114,532 Model 3 sedans sold through November is accurate, then the baby Tesla sold just enough to beat Ford's Focus for 11th place in the U.S. car-sales standings. That merits an honorable mention.