You'd think that 2018 would have been a huge year for Canadian marijuana stocks. The recreational marijuana market in Canada launched in October. Several Canadian growers experienced revenue growth from the German medical marijuana market. New markets opened, including the United Kingdom, which legalized medical cannabis this year. 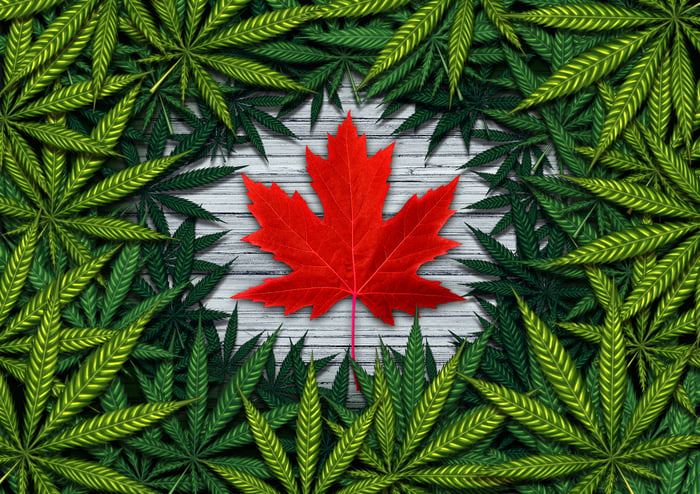 There's a strong argument to be made that Canopy Growth is in a league of its own. It claims the highest market cap of any Canadian marijuana stock. Its production capacity is rivaled only by Aurora Cannabis. Canopy's cash stockpile far surpasses its peers thanks to a $4 billion investment from Constellation Brands. And the company's relationship with Constellation gives it a competitive advantage given the major alcoholic beverage maker's expertise in building successful consumer brands.

All of these factors are great reasons to buy Canopy Growth for the long term. But why could the stock be a big winner in 2019?

For one thing, the Canadian recreational market should begin to gain momentum. Canopy Growth will benefit more than most with its extensive supply agreements throughout the country's provinces. In addition, Canada should finalize regulations for cannabis edibles, which will enable Canopy and Constellation to launch new cannabis-infused beverages.

The U.S. legalization of hemp (cannabis with low levels of psychoactive compound THC) also presents an opportunity for Canopy to establish operations in its southern neighbor. Canopy Growth co-CEO Bruce Linton said in a press release that the company "will participate in the American market now that there is a clear federally permissible path to the market." Cannabis market research company Brightfield Group projects that the U.S. hemp-based cannabidiol (CBD) market will skyrocket to $22 billion by 2022.

OrganiGram Holdings looks tiny compared to Canopy Growth. And OrganiGram can't boast of a huge investment from a major player outside of the cannabis industry or massive production capacity. But OrganiGram offers something that most Canadian marijuana stocks don't -- a bargain.

While many Canadian marijuana growers continue to lose money, OrganiGram is profitable. The stock trades at 26 times earnings. That's expensive for most stocks, but it's dirt cheap for a marijuana stock.

More importantly, OrganiGram's earnings should dramatically increase in 2019. The company has recreational cannabis supply agreements in place with all but one of Canada's provinces. OrganiGram's low operating costs and industry-leading crop yields should translate to strong earnings growth as the Canadian recreational marijuana market takes off.

The company could also profit from international growth in the new year. OrganiGram's partnerships in Australia and Germany plus its investment in Serbia-based hemp CBD company Eviana hold the potential to generate even higher sales in the near future.

Origin House is even smaller than OrganiGram. However, the company's growth prospects are a lot bigger than you might think.

Although Origin House is headquartered in Ottawa, most of its operations are in California. The company ranks as the leading distributor of cannabis products in the state. California is the largest legal marijuana market in the world and is projected to generate total cannabis sales of $7.7 billion by 2022.

But it's still really early for California's recreational marijuana market, which launched in January 2018. 2019 should be a banner year for Origin House as more dispensaries open throughout the state. The company is also likely to enjoy strong momentum for the expanding lineup of its own brands.

While California will fuel most of Origin House's growth in the new year, the company also has its sights set on its home market in Canada. Origin House acquired leading Canadian vape retailer 180 Smoke. This deal should give Origin House access to a prime launching pad for its retail cannabis brands in Canada.

Let's be honest: 2019 could wind up being as challenging as 2018 was for many marijuana stocks. There could be more supply chain problems for Canada's recreational cannabis market. The U.S. Food and Drug Administration (FDA), which regulates hemp-based CBD products, could create onerous hurdles to jump. California could take longer to license new dispensaries than expected.