Facebook (NASDAQ:FB) and Twitter (NYSE:TWTR) are two of the most dominant social-media platforms on the planet. They connect hundreds of millions -- and in Facebook's case, billions -- of people around the world. That makes them both highly valuable businesses.

But which of these social-media titans is the best buy now? Let's find out. 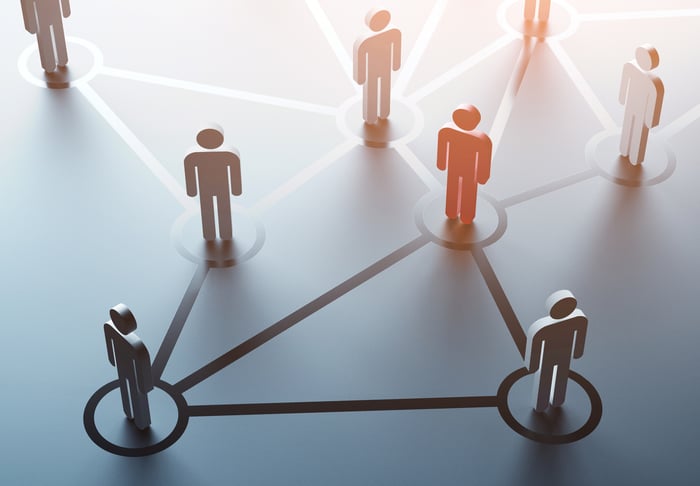 Despite a host of data scandals, Facebook remains a powerful global digital ad platform. With more than 2 billion users, Facebook's scale is unmatched. Moreover, the personalized data it collects on its users gives advertisers the ability to precisely target their ads. But it has placed Facebook in the crosshairs of privacy advocates, even as it makes its platform incredibly valuable to marketers.

Like Facebook, Twitter is dealing with serious issues such as hate speech and abuse. The company is actively working to address these concerns by purging fake, spam, and malicious accounts, but these issues are likely to remain an ongoing challenge. And unlike Facebook, Twitter has struggled to grow its user base, which currently checks in at around 326 million people. It's unlikely that Twitter will ever reach Facebook's scale, and therefore its value to advertisers is limited.

All told, Facebook's immense user base and best-in-class ad-targeting capabilities give it a powerful competitive edge over Twitter.

Twitter converts an impressive 26% of its revenue into free cash flow. It also has nearly $6 billion in cash reserves, or more than $3 billion net of debt. In short, it's on firm financial footing.

Facebook, however, is a financial powerhouse. Its nearly $30 billion in operating profits, $17 billion in free cash flow, and more than $40 billion in cash and investments dwarf the comparable figures of its smaller rival.

Facebook may have the edge when it comes to financial firepower, but Twitter's profits are growing much faster. Wall Street expects Twitter to increase its earnings per share at more than 43% annually over the next half-decade, driven by improvements in ad load, ad relevancy, and user engagement. Facebook, meanwhile, is projected to grow its EPS by less than 18% annually during this same time, as its efforts to improve the safety and security of its platform are expected to weigh on its profit margin in the coming years. So in terms of expected future earnings growth, Twitter has a clear edge.

Still, Facebook's stock is currently 23% and 44% cheaper per dollar of free cash flow and expected earnings, respectively. The difference is even starker when we account for Twitter's debt, as we do with the enterprise value-to-EBITDA ratio. Facebook's shares are nearly 60% cheaper based on that metric. That makes Facebook's stock currently the better deal.