The PSAPs, which will be produced through a partnership with South Korean telco equipment maker SK Telesys, are now certified to be marketed and sold in the US. PSAPs amplify environmental sounds, but they're cheaper than official hearing aids and can be purchased without a prescription.

Energous's WattUp technology allows users to charge Delight's PSAP from a wireless charging pad. The bulls likely see the deal as a vote of confidence for WattUp, which Energous claims can allow stationary pads to charge devices from up to 15 feet away. However, the bears -- who bet heavily against its stock as it plunged from $22 to $5 earlier this year -- will likely claim that a charging pad for a PSAP is a far cry from the wireless charging abilities that Energous teased in the past.

In 2016, the FCC approved a low-power version of WattUp's technology for Internet of Things (IoT) devices. Energous also secured a manufacturing deal with Dialog Semiconductor (OTC:DLGN.F) to produce a small wireless charging RF chip in early 2017. 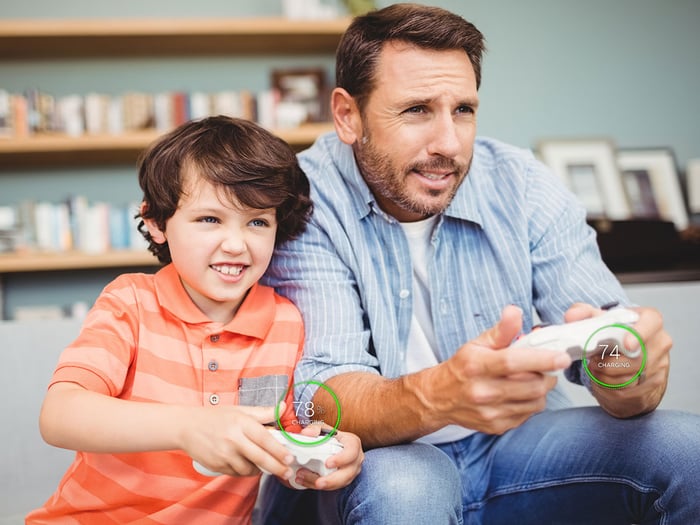 Some bulls claimed that chip would be used in wireless charging for Apple's (NASDAQ:AAPL) new iPhones -- but that chip was ultimately supplied by Broadcom (NASDAQ:AVGO) and powered by Integrated Device Technology's (NASDAQ:IDTI) Qi wireless charging standard. Dialog, once considered an opportunity for Energous to become an Apple supplier, was cut out of its supply chain.

To make matters worse, Energous's rival Powercast won FCC approval in late 2017 for an over-the-air, far-field RF charger which can remotely charge consumer devices from up to 80 feet away.

Short seller Citron Research subsequently slammed the stock, claiming that Energous had a "history of deception" and that its technology wasn't "ready for prime time." Last December, CEO Stephen Rizzone disclosed a big sale of 75,000 shares at about $26 for over $1.9 million. Its founder, SVP, and CTO Michael Leabman then abruptly resigned the following month. Shortly afterward, Energous raised $39 million by selling 2.2 million shares of its common stock at an average price of $18.01.

All those moves raised red flags, but Energous subsequently secured two new patents -- one for a power management controller for a cluster of wireless power transmitters, and another that covered new wireless charging methods and a charging system for game controllers. In June it partnered with IDT to produce a cost-effective near-field wireless charging transmitter -- which suggested that it wasn't being completely left behind by IDT's Qi standard and Broadcom's chips. But in August, Energous filed for a $75 million mixed shelf offering to raise even more cash.

Energous generated just $228,000 in revenues last quarter, with all of its revenues coming from its aforementioned partnerships. It reported a net loss of $12.6 million, as it allocated most of its operating expenses toward research and development and held just $28.6 million in cash and equivalents.

With a market cap of roughly $180 million, Energous remains an extremely expensive and deeply speculative play that relies on its WattUp technology's gaining ground against Powercast in the far-field charging market and Broadcom in the near-field charging market. It's unclear how much revenue Energous expects to generate from the Delight PSAP deal, but it believes that this niche foothold could help it expand its WattUp technology into other small form-factor markets.

The FCC approval of its first commercial product is certainly good news, but I'm not sure it warranted a 50% jump in its stock price. That rally was likely sparked by a short squeeze -- and it could quickly burn out as investors focus on the tough competition and Energous's anemic revenues and nonexistent earnings. Energous has proved the bears wrong for now -- but they could be right again in the near future.