Warren Buffett made a big bet on Apple -- and lost.

Thursday was not a fun day to own Apple (AAPL -1.96%) stock -- especially if your name was Warren Buffett.

Roughly 24 hours ago, as you've probably heard by now, Apple issued a revenue warning for its fiscal first quarter of 2019. Citing weak iPhone sales in China, Apple advised that revenue for its December 2018 quarter will probably come in at no more than $84 billion, or 8% below previous promises. Apple stock sank after the market reopened and investors were able to trade on this news, ending the day down 10% in response. 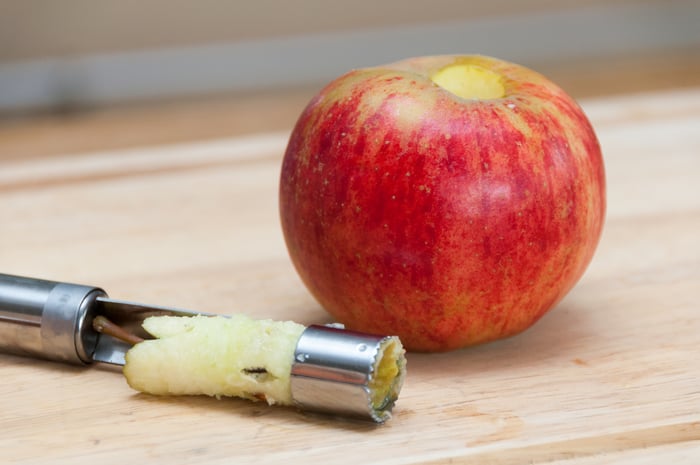 Simply because of this: According to Berkshire Hathaway's latest 13-F filing, Apple stock is currently Berkshire's largest stock holding. Indeed, as of November, Apple shares made up 26% of all the stock that Berkshire Hathaway owned -- a proportion twice as big as Berkshire's ownership stake in any other public company.

Thus, when Apple's stock value declined, so too did the value of Berkshire Hathaway's stock portfolio.

Exactly how bad the fallout from Apple's falling stock price will be for Berkshire won't be clear until the company next reports earnings, probably early next month. But assuming Apple's stock price doesn't improve by then -- and that Berkshire hasn't unloaded any of its Apple stock in the meantime -- then the 5% of Apple's stock that Berkshire owned in mid-November, when Apple had a market capitalization of roughly $890 billion, is worth 24% less today, now that Apple's market cap has shrunk to less than $675 billion.

That probably works out to more than a $10 billion decline in the value of Berkshire's stake from November, and an even steeper decline of $20 billion (according to Reuters' calculations ) over the last three months.