Happy Sunday! There are more good news articles on the internet every week than anyone could read in a month. Here are eight fascinating pieces I read over the past week.

The Financial Times reports [subscription required] that analysts estimate the demand for the combustion engine peaked in 2018, several years ahead of schedule. "When you look at 2018 since the summer new car sales in all of the important markets are going down," said Axel Schmidt, global automotive lead at Accenture. "Selling combustion engine cars to customers -- this will not grow in the future."

Even if overall car sales pick up in 2019 or 2020, electric cars are predicted to grow fast enough to shrink the share of combustion engines sold.

In November, General Motors ( GM -1.22% ) announced it would  eliminate 14,000 jobs and close five North American factories in order to prioritize the development of electric cars and self-driving vehicles. 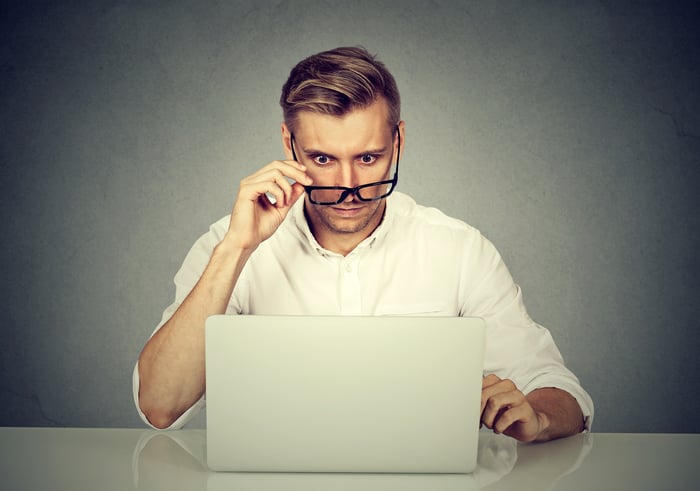 In an email to readers, The Wall Street Journal unearthed a curious market milestone/anniversary:

On this day in 1915, Wall Street had its slowest trading day of the 20th century as Europe's armies mired themselves in a bloody standstill. Only 23,505 shares traded hands on the New York Stock Exchange. This was also one of the best times to buy in the entire 20th century: By the end of 1915, the Dow had risen 82%, its largest annual climb ever.

The lethargy and subsequent spectacular gains are less surprising when one knows that buying power was being suppressed. The stock market had only just reopened on Dec. 15, 1914 following its longest closure ever, and stocks weren't allowed to trade below their closing prices as of July 30, 1914 (the last day before the halt). Authorities reestablished restriction-free trading in April 1915.

Some fascinating -- but concerning -- facts from the Financial Times' Charts of the year [subscription required], courtesy of data-visualization editor Alan Smith:

Over the past decade, China has grabbed the most headlines for poor air quality. However, the 10 most polluted cities in the world are all now in northern India... [A]t least 140 million people in India are breathing air 10 times or more over the World Health Organization's safe limit... A study in the Lancet estimated that pollution killed 1.24 million Indians in 2017, lowering the country's average life expectancy by 1.7 years.

Bloomberg Opinion columnist Justin Fox highlights an interesting -- and salutary -- trend that emerged in the wake of the global financial crisis:

A decade ago, electricity use in the U.S. stopped rising. It had fallen briefly during recessions before, so the initial dip in 2008 and 2009 wasn't a shock. But after bouncing back in 2010, consumption remained unchanged even as the economy continued to recover. This unprecedented plateau, plus a shift away from coal in electricity generation, enabled an almost 15 percent decline in U.S. carbon dioxide emissions.

You can see this trend very clearly in the graph below, which compares the growth in U.S. electric-power generation (green line) to that of real gross domestic product (blue line):

Another tidbit from the Financial Times' Charts of the year [subscription required]: Forget high-altitude balloons, satellites, or drones -- rural dwellers in the North of England are rolling up their sleeves to get faster internet:

Conventional wisdom holds that internet speeds in rural areas are much slower than towns and cities. While that may be true overall, FT analysis of UK industry regulator Ofcom's detailed broadband speed data revealed that Britain's city centres are running slower than its suburbs, while the fastest broadband speeds in the country are to be found in the rural north courtesy of B4RN -- a volunteer-led effort that involved the community digging their own trenches for new cables.

In "Crypto's Goal for 2019: Technology People Can Use" [subscription required], The Wall Street Journal captures the gap between cryptocurrencies' reality and the delusions that are required to float a bubble: "Crypto has a hard time realizing how small and nascent it is," said Mr. Burniske [author of Cryptoassets and a partner at venture-capital firm Placeholder]. "We got deluded in how quickly we thought it would happen."

And those delusions die hard (my emphasis):

Jalak Jobanputra, the founder and managing partner of venture-capital firm Future\Perfect Ventures, said 2019 will bring a renewed focus on the companies and start-ups experimenting with the technology. She is interested in both products and services that will appeal to users, and platforms like Ethereum, which hope to challenge Apple Inc.'s iOS and Google's Android operating systems.

In the context of an economy that has witnessed increased concentration across a range of industries, The Washington Post highlights a topical paper that measures the effect of U.S. companies' increasing market power on inequality.

"In a world where individuals or households can be both consumers and shareholders, the impact of market power on inequality depends in part on the relative distribution of consumption and corporate equity ownership across individuals or households," according to the team of researchers behind the new study, which includes a member of the Australian Parliament with a PhD in Economics.

[...] They find that monopolistic pricing takes a bite out of every income group's share of national income, with the notable exception of the top 20 percent, whose incomes rise. In effect, companies are using their market power to extract wealth from poor and middle-class households and deposit it in the pockets of the wealthy, to the tune of about 3 percent of national household income in 2016.

The Wall Street Journal's Heard on the Street column reports [subscription required] that regulators are becoming increasingly interested in large companies' power relative to their employees and suppliers:

So far, no antitrust case has been brought on behalf of labor, and very few challenges have been made in modern times on the broader grounds of a company's buyer power over labor, goods or services. But this appears to be changing. The Justice Department's case against the merger of health insurers Anthem and Cigna last year included its first-ever citation of their increased buyer power over doctors and hospitals as a stand-alone argument. That deal was ultimately blocked on traditional concerns about customers, however.

[...] Concern about dominant buyers or so-called monopsonies -- as opposed to dominant sellers or monopolies -- has bubbled up from the academic world to become a leading theme of the Federal Trade Commission's current hearings on whether antitrust practice is working. Such hearings are rare: The last set was in the mid-1990s.

Enjoy the rest of your weekend!