In case you need to hear it: it's OK to sell stocks on moral and ethical grounds.

Many of us have been taught that having a long-term buy-and-hold strategy is an important key to successful investing. While that is certainly true, there are times when you need to summon the psychological flexibility to recognize that some element of your investing thesis has changed and it's time to sell a stock.

Sometimes, the deciding factor may be that you learned of a connection between a company and severe human rights violations -- and as part-owner of a company through stock ownership, that was not what you signed on for.

I'm here to tell you that it's OK to sell on those grounds. Please read on for some more thoughts about moral and ethical considerations you may encounter on your investing journey. 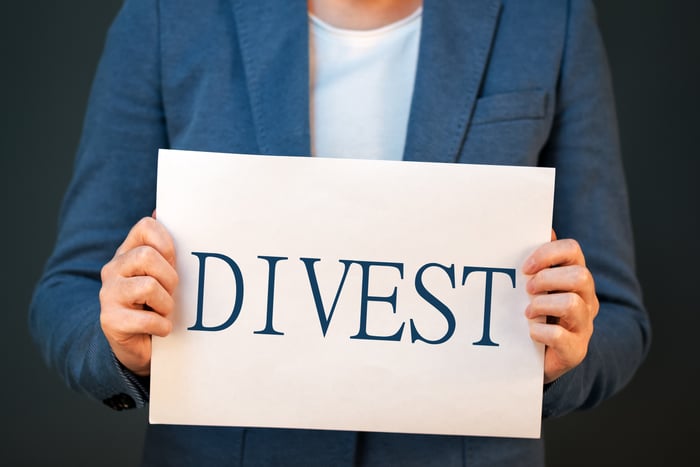 The plight of the Uyghurs in China

Current events have revealed an example of when you might want to weigh human rights violations in your investing decisions. This year, the continuing plight of the indigenous Uyghur people in China's Xinjiang region has gained mainstream attention. Not only are there plentiful articles from respected news sources covering the extent of the human rights violations against the Uyghur people, but John Oliver also provided a detailed rundown of the situation on his Last Week Tonight show on HBO last month, a big move in heightening the awareness.

Reports of an estimated 1 million Uyghurs in concentration camps, surveillance, forced labor, indoctrination, mass sterilization, and other atrocities perpetrated on the Uyghurs by the Chinese Communist Party fit the United Nation's criteria for genocide.

I encourage folks to read up and seek more awareness of this crisis. However, as investors, it's also important to note that certain companies can be linked to the situation, and as I stated above, consider how you feel about owning shares of companies that are involved or even benefitting.

The U.S. Department of Commerce has sanctioned 11 Chinese companies that it claims are using "forced labor involving Uyghurs and other Muslim minority groups" or are linked to "genetic analyses used to further the repression" of these groups.

Meanwhile, some American companies may be indirectly involved through their supply chains, and they could be in your portfolio (so far, I've noticed two are in my own). A report by the Australian Strategic Policy Institute alleged that the supply chains of more than 83 companies -- many household names, such as Apple (AAPL -1.51%), Nike (NKE -1.55%), General Motors (GM -5.08%), Gap (GPS -4.40%), and Sony (SONY -1.37%) -- are or have been connected to labor from Uyghur people, under conditions that the group says "strongly suggest forced labor."

Your company has been linked to human rights red flags. What now?

First, do your homework and resist a knee-jerk reaction to sell. A reasonable first step is to see what, if anything, a company's management says or does in response to such allegations, and then apply a dose of critical thinking.

If you do decide to sell, you'd be taking a page from socially responsible investing (SRI), which is well known for applying negative screens -- screening out industries and companies due to moral and ethical concerns. (You can learn more about different forms of responsible investing, including environmental, social, and governance (ESG) investing and impact investing.)

Such a move is basically divestment, a term you probably already know. One of the best-known divestment campaigns -- one that historically defined SRI -- may ring some bells: ethical investors orchestrated a major push against apartheid by divesting from companies doing business in South Africa in the 1970s and 1980s.

It's completely understandable if divestment (or never buying shares of a company you deem morally or ethically challenged to begin with) is the way you wish to proceed when it comes to companies linked to severe human rights issues like use of Uyghur forced labor or other business activities that negatively affect the wellbeing of certain demographics.

However, also consider the argument that when you're no longer invested, you lose your seat at the table (however small) when it comes to holding corporate management accountable to change.

After all, as an investor, you also have votes associated with your shares. It's quite possible that shareholder activists (likely SRI or other forms of responsible investing firms) hold these stocks too and will file resolutions in the companies' proxy statements regarding issues like treatment of the Uyghurs. If you continue to hold your shares, you could vote in favor of any proposals that seek to address such issues.

Meanwhile, if you're confused about why responsible investing firms would ever hold such shares, it's possible that behind the scenes, some may very well be engaging with companies involved to pressure them on issues like how their businesses are impacting the Uyghurs. (If they're not, their clients certainly may question their dedication to responsible investing.)

The truth is, if major companies do make moves to rectify a problem due to consumer and investor pressure -- in the case of the Uyghur crisis, if they threaten to move their supply chains out of the Xinjiang province, putting pressure on China -- that could have a powerful impact for the better in such situations. As investors, we can keep an eye on whether our companies are being transparent about their supply chains, conducting robust audits, making and/or upholding commitments against forced labor, and so forth.

If you decide to take the more patient wait-and-see approach, it's a good idea to solidify your expectations and timeline and decide at what point you'll press the sell button if the company doesn't adequately address a human rights issue.

It isn't irrational to care

It's arguable that the investing trope, "Don't let your feelings and emotions dictate your investing" is too easily oversimplified in ways that can cause more harm than good in the world at large. Moral and ethical investing decisions are too often lumped in with an unspoken assumption that an irrational decision is taking place. That's troubling -- if you consider the idea that we're all interconnected, caring about people and the planet isn't irrational.

There's a big difference between knee-jerk trading, following the crowd or failing to research and think through a decision, and taking an "emotional" approach to investing that involves listening to what your head and your heart advise you to do in the case of clear injustice and other damaging business behavior that show no sign of being rectified.

Meanwhile, clear injustice and damaging business behavior are investment risks, but that's a topic for another day.

So again -- it's OK to sell on moral and ethical grounds! At the end of the day, your portfolio doesn't just have to reflect financial returns, but also your ability to feel positive about the companies you own and their impact on the world, without negative impacts on people like the Uyghurs. Here's to being the change you wish to see in the world, and investing accordingly.