This morning, the banker announced it is upgrading Diebold stock from neutral to buy and assigning a $5 price target to this $3 (and change) stock. 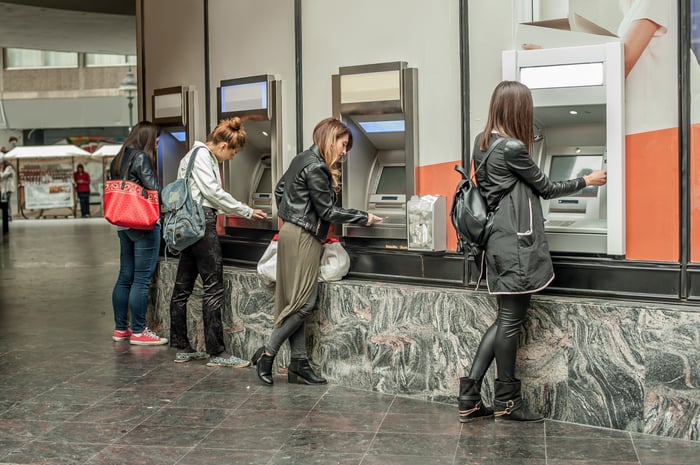 Davidson cites "a more favorable ATM industry overlay" as justifying its upgrade, predicting "a modest recovery in unit shipments" of ATMs in 2019 "following three sequential years of declines," as explained today in a note on StreetInsider.com.

Such an increase in shipments would logically result in an increase in revenues. At the same time, Davidson argues that "DBD's DN Now cost reduction program is gaining traction," which, if true, would mean lower cost -- and higher profit margins -- on those increased revenues.

Now, it's not entirely clear that Davidson is right about this. Fact is, year-to-date sales at Diebold are down about 1.4% in comparison to this time last year, while cost of goods sold is up about 0.6% and operating costs have risen 4.3%.

Still, Davidson believes that as Diebold's cost reduction efforts gain strength, the company could end up cutting operating costs by as much as $250 million per annum by 2021. If Davidson's right about that, it would equate to a reduction of more than 24% in operating costs -- and easily be enough to erase the $23 million operating loss Diebold has racked up over the past year and make the company profitable on an operating basis at least.

What's more, Davidson says we'll probably see "bottom-line improvements" as early as 2019. Given that Diebold is currently losing money at the rate of nearly $530 million a year, that would be a nice change indeed.