Shares of the menswear retailer went south after it cut its quarterly guidance. Here's what you need to know.

Shares of Tailored Brands (TLRD) were heading lower today after the menswear retailer slashed its fourth-quarter guidance ahead of the ICR conference this week. The company said performance at Jos. A. Bank was weaker than expected, and cut its earnings guidance for the quarter. As a result, the stock was trading down 13.4% as of 11:43 a.m. EST.

The retailer, which also owns Men's Wearhouse and other brands, said comparable sales at Jos. A. Bank were strong through November and early December, but slowed during the third and fourth quarters of the key shopping month. Consequently, the company said it now expected comparable sales at that banner to be flat for the quarter, down from a previous forecast of low-single-digit growth. Management also cut its bottom-line guidance for the quarter to an adjusted loss per share of $0.34 to $0.29, down from a previous range of $0.29 to $0.24. 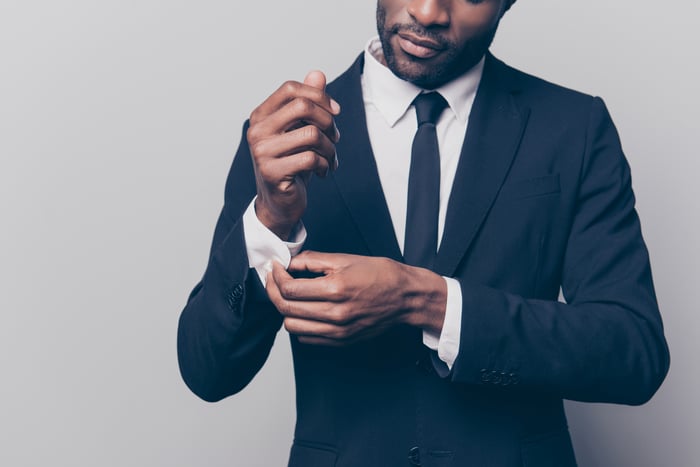 Given the cut in comparable sales and earnings guidance, it's not surprising to see the stock sliding today. Unlike with most apparel retailers, the fourth quarter is a seasonally weak one for Tailored Brands, as the company specializes in men's suits and dress clothes, so the guidance cut is perhaps less concerning than it would be during a strong quarter. Tailored also cut its full-year earnings-per-share guidance by $0.05 to between $2.25 and $2.30, but that gives the stock a P/E under 6 after today's slide, making it look exceptionally cheap for a retailer that has found some stability and is consistently profitable. Considering that low price and a dividend yield of 5.7%, today's sell-off may be a buying opportunity.