If you're a Qualcomm (QCOM 1.62%) shareholder, you're probably aware that Qualcomm isn't supplying cellular modem chips in Apple's (AAPL 1.76%) latest trio of iPhones. While Qualcomm had seen its modem share in iPhones drop over the last few years as Apple began dual-sourcing modems from both Qualcomm and Intel (INTC 0.90%), Qualcomm still generated material revenue from modem sales to the iPhone maker. (That revenue is quickly evaporating, though, as the current iPhone product cycle marches on.)

When it was revealed that Qualcomm wasn't in the latest iPhones, I think many assumed that it was Apple that told Qualcomm to take a proverbial hike. However, during court testimony, Apple COO Jeff Williams revealed that it wasn't his company that severed that particular supply relationship -- Qualcomm did. 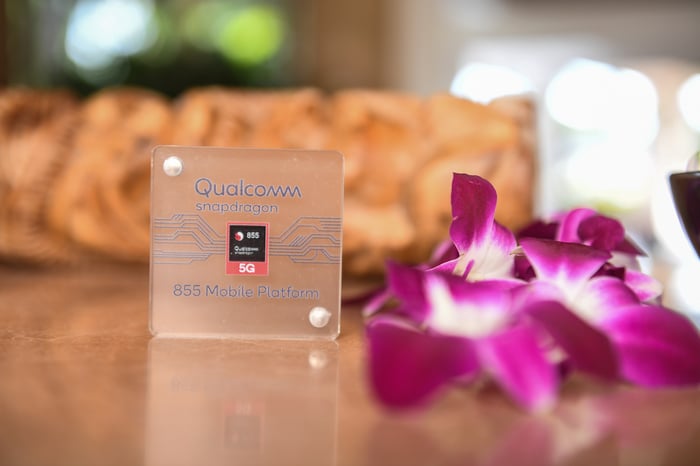 Here's why Qualcomm shareholders should be displeased about this revelation.

Qualcomm hurt itself more than it did Apple

By choosing not to supply chips to Apple, Qualcomm hurt itself more than it hurt Apple. Apple managed to work with Intel to ensure that the former had enough cellular modem chips to support the latest iPhone launch. So, Apple has its modems and is shipping iPhones to customers while Qualcomm lost out on both revenue and the profit associated with that revenue. What was Qualcomm thinking?

The loss of modem revenue during the current iPhone product cycle is the most immediate impact from Qualcomm's decision to cut Apple off, but it might not even be the biggest. By refusing to supply a critical component, Qualcomm made it clear to Apple -- as well as to other potential customers -- that it can't be counted on.

By contrast, Apple is likely going to remember that when it needed modem supply, Intel was there and successfully supplied it with all required modem chips -- even if those modems aren't quite as good as what Qualcomm makes.

This development could also encourage other major smartphone makers to tighten their relationships with other suppliers or to invest even more heavily in their own in-house chip efforts. Huawei and Samsung (NASDAQOTH: SSNLF), for example, use their own chips as well as chips from Qualcomm in many of their devices. Apple, too, is rumored to be working on its own 5G modem solution -- something that might've been encouraged, if not engendered, by Qualcomm's actions.

At the low end and mid-range of the market, Qualcomm's main chip competitor is MediaTek. While Qualcomm's chips are undeniably attractive because of their technical merits, smartphone vendors might start engaging more deeply with MediaTek (and potentially even smaller players like Unisoc) -- even if those non-Qualcomm vendors build inferior products -- to ensure that even if Qualcomm is unhappy with them, they'll still have competent sources of mobile applications processor supply.

Put simply, I don't believe that Qualcomm acted in the best interests of itself or its long-term shareholders and that the damage from these actions might negatively impact the business for years to come.

Check out the latest Qualcomm and Apple earnings call transcripts.