At the time, it was the largest IPO in American history -- but Henry Ford never wanted it to happen.

Ford's initial public offering was the largest in American history up to that time. No surprise, as the Blue Oval was one of America's largest companies: Newly public Ford entered the 1956 Fortune 500 at No. 3, behind only General Motors (GM 1.36%) and the Standard Oil Company of New Jersey (the company that later became Exxon).

The Ford stock that was sold in that initial offering fetched about $643 million. But none of that went to Ford, and Ford didn't need it anyway. So why did it happen? Here's the story. 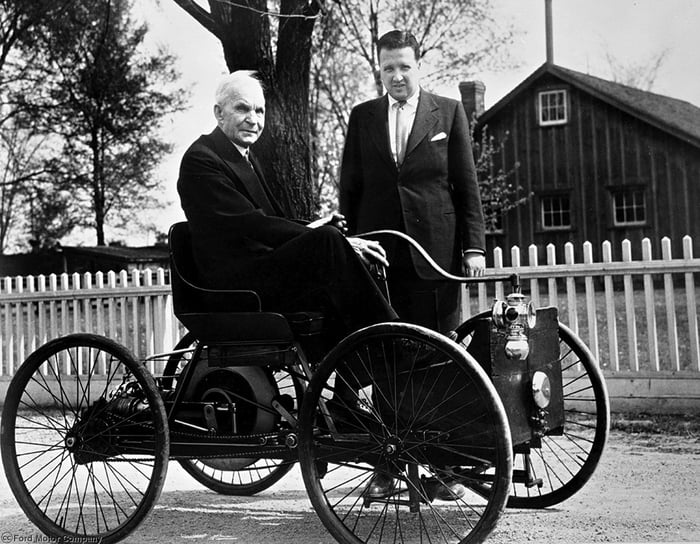 Henry Ford had always said that he never wanted Ford Motor Company to go public. Ford hated debt more than just about anything (which is saying something, given the elder Ford's notorious prejudices), and he considered public ownership a pernicious form of debt. Of the many things he held against rival GM, its decision to go public in 1916 was one of the largest: As Ford saw it, GM only went public as a last resort to avoid bankruptcy.

Ford famously said he'd dismantle the company's factories "brick by brick" before letting speculators trade its stock. But things changed after the elder Ford died in 1947 -- and by 1954, the company's largest shareholder was ready to push for a public offering.

That shareholder was the Ford Foundation, which until the IPO, held 88% of Ford's common stock. Ford Motor Company created the Ford Foundation in 1936 as part of a tax dodge intended to shield the Ford family from the high inheritance taxes that had been signed into law by President Franklin Roosevelt in 1935. 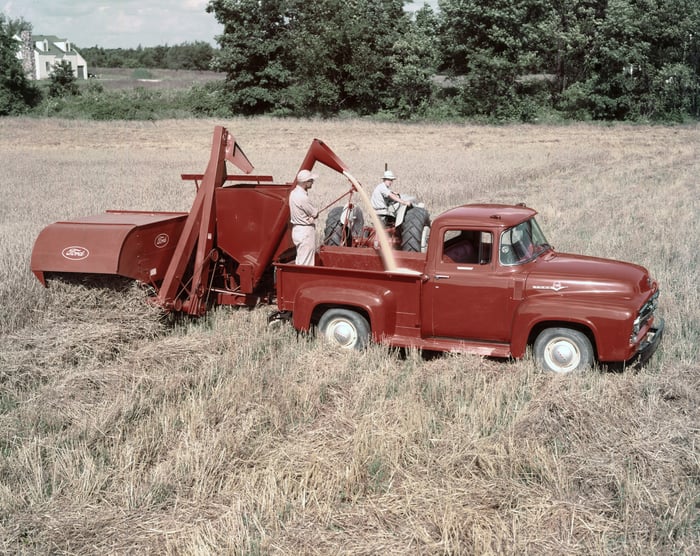 Even in 1956, pickups were an important part of Ford's portfolio. Image source: Ford Motor Company.

The Ford family held on to the Class B shares while giving away much of the Class A stock to the newly created Ford Foundation. The foundation immediately had a steady stream of dividend income to fund its charitable efforts, and the family was able to reduce its holdings for tax purposes while maintaining control of the company.

That worked out well for a while. But by 1954, Ford Foundation president H. Rowan Gaither thought that the foundation was too exposed to the cyclical nature of the auto business and the fortunes of one company in particular, and he began to explore the possibility of selling part of its Ford stake -- which, because of the sheer size of it, meant a public offering.

An IPO so big that over 200 banks participated

Wall Street's giants weren't so giant back then: An IPO of 22% of mighty Ford Motor Company was so big that the syndicate included just about every firm on Wall Street -- over 200 in all. To sweeten the deal for investors, Ford's Class A shares were given voting rights, though the family retained about 40% of the total shareholder vote via its special Class B shares. (That's still true today.)

In the end, the Ford Foundation offered 10.2 million Class A shares of Ford Motor Company at an IPO price of $63. Those shares opened on the New York Stock Exchange at $64.50 and "popped" to $69.50 by the end of the first day of trading, giving Ford a market cap of about $3.2 billion. 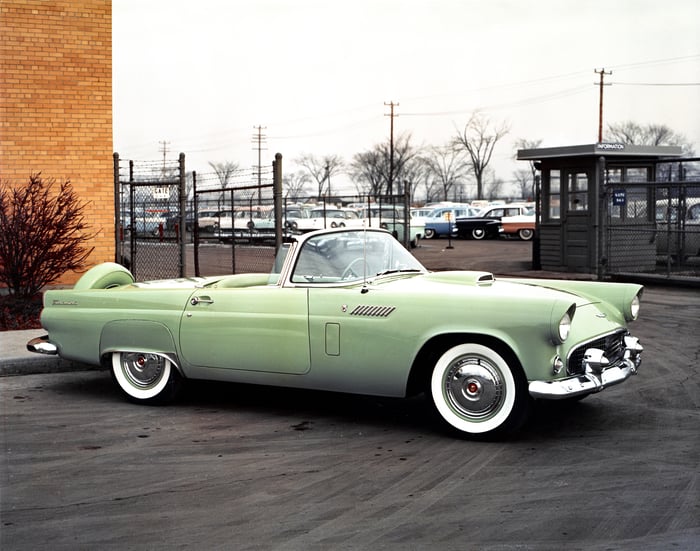 Ford's first attempt at a sports car, the glamorous two-seat Thunderbird, was in its second model year in 1956. Image source: Ford Motor Company.

Was Ford's IPO a good investment?

That depends how you look at it. Since its IPO, Ford's share price has been on an up-and-down ride. 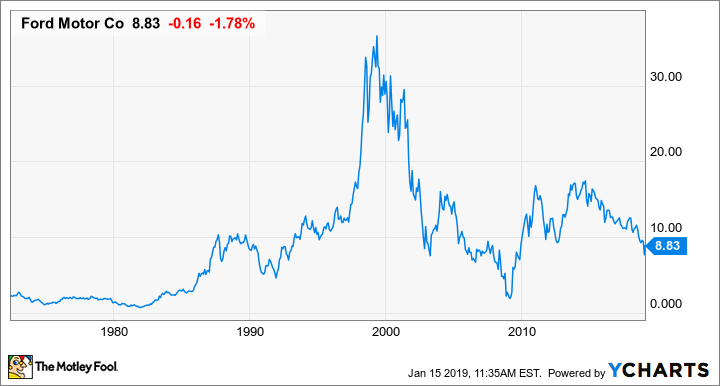 Looking strictly at stock price, and accounting for splits, Ford's shares haven't exactly been a great investment over the last 63 years. Its returns have been trounced by those of the S&P 500 Index over the same period. 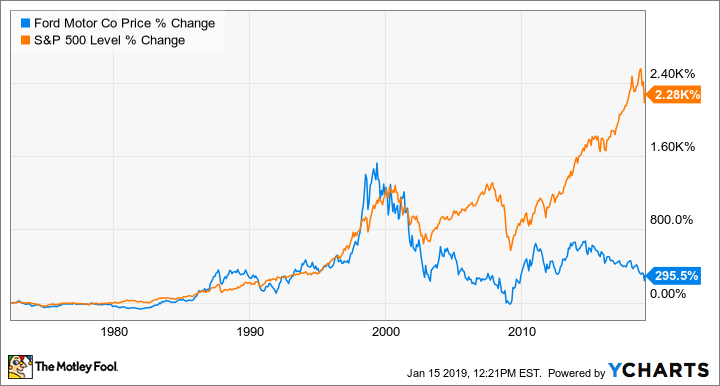 But factor in reinvested dividends, and it's a very different story: With dividends, Ford has outperformed the S&P 500 since its IPO by a bit -- and by a lot over some periods. 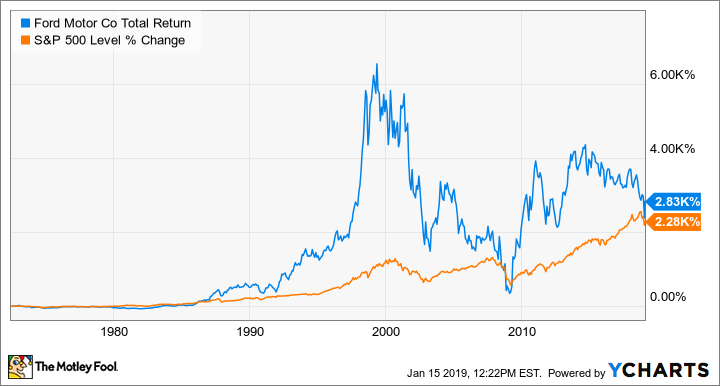 The upshot: Food for thought for today's investors

A few lessons for investors come to mind: