The automaker's preliminary results for 2018 disappointed Wall Street, and a lack of detailed guidance for 2019 didn't help.

Shares of Ford Motor (F -2.49%) were under pressure on Wednesday, after the company released preliminary 2018 earnings figures that fell short of Wall Street's estimates and declined to give detailed guidance for 2019.

Ford released preliminary earnings numbers for 2018 at an analyst briefing in Detroit on Wednesday morning, and they didn't impress: The company said that its full-year adjusted earnings per share came in at $1.30, short of the $1.32 average Wall Street estimate, according to Bloomberg. 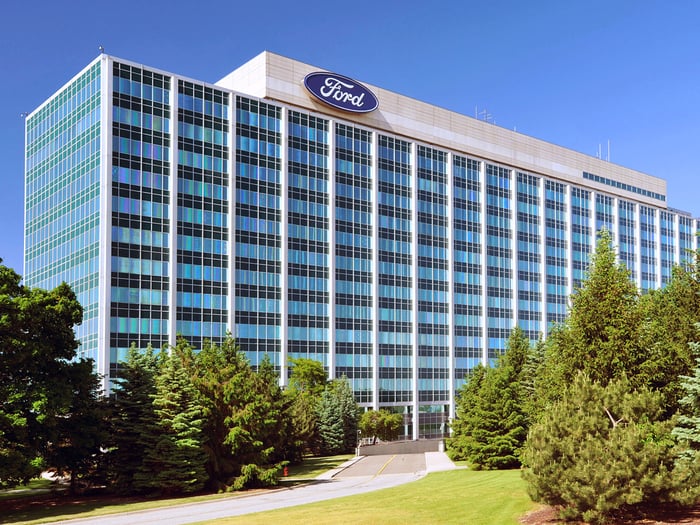 The result fell at the very low end of the guidance range -- $1.30 to $1.50 per share -- that Ford had reiterated as recently as late October. Although the automaker's revenue rose slightly in 2018, to $160.3 billion, its earnings before interest and tax excluding special items ("adjusted EBIT") fell 27% to $7 billion -- despite CEO Jim Hackett's ongoing efforts to rein in rising costs. Ford said that slumping sales in China and pricing pressures in Europe were to blame.

In an abundance of caution that may have exacerbated the selling pressure on Wednesday, Ford executives speaking at the briefing also declined to give detailed guidance for 2019, a notable change from past years. CFO Bob Shanks said only that the company saw "potential for year-over-year improvement" in key metrics in 2019.

Ford will release its complete fourth-quarter and full-year 2018 earnings after the market closes on Wednesday, Jan. 23. I expect analysts will have some tough questions for the company's management team during the earnings call.