Please ensure Javascript is enabled for purposes of website accessibility
Log In Help Join The Motley Fool
Free Article Join Over 1 Million Premium Members And Get More In-Depth Stock Guidance and Research
By Evan Niu, CFA – Updated Apr 20, 2019 at 12:25AM

The search giant is looking to accelerate its smartwatch road map in an effort to catch up to the competition.

Rumors have been swirling for the better part of two years that Alphabet (GOOG -1.24%) (GOOGL -1.02%) subsidiary Google was working on the development of a first-party smartwatch, which will presumably be named the Pixel Watch. Wear OS, previously known as Android Wear, has failed to make a dent in the smartwatch market, which is led by Apple and Fitbit (FIT). Many were hoping the mythical device would be unveiled at Google's fall product event, in part because prominent tech leaker Evan Blass predicted as much:

Besides the Pixel 3, Pixel 3 XL, and second-gen Pixel Buds, a reliable source tells me -- with high confidence -- that Google's fall hardware event will also introduce a Pixel-branded watch. Have a great summer!

Alas, the Pixel Watch was nowhere to be seen at the event. Still, investors just got the clearest indication yet that Google is working on a smartwatch.

Fossil (FOSL -0.83%) announced today that it is selling smartwatch technology to Google for $40 million. The agreement includes intellectual property (IP) that is currently under development at Fossil, and the accessory maker is throwing in an unspecified number of employees with the deal that will join Google, not unlike Google's $1.1 billion acquisition of the HTC team that had worked on the Pixel phone. 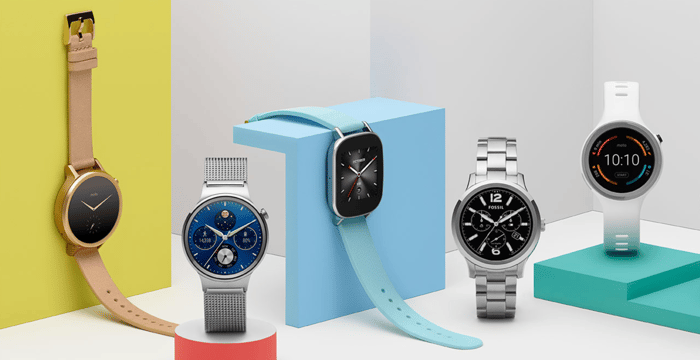 Fossil has been trying to pivot its watch business -- its largest segment, accounting for 80% of revenue in the third quarter -- to smartwatches, but with limited success. Watch revenue was down 12% that quarter, and smartwatches made up 18% of sales, according to CEO Kosta Kartsotis on the earnings call. Following other manufacturers moving away from Wear OS in recent years, Fossil is now the most prominent maker of Wear OS devices.

It's not clear what specific IP Google is acquiring, but Fossil notes that it still has over 200 R&D employees working on product development, so it's not as if Fossil is abandoning the platform. At the same time, it is the clearest evidence yet that Google is working on a smartwatch. There's no other reason to acquire smartwatch IP from a manufacturer.

The search giant's hardware business is booming (and profitable), but it's far behind in the smartwatch scene, and Pixel Watch is an obvious extension of the portfolio.

It's worth noting that Fitbit, currently the No. 2 player in smartwatches, accelerated its smartwatch strategy using three acquisitions: Coin, Vector, and Pebble. Fitbit has executed well in piecing those purchases together to create Fitbit OS, and the company's growing sales of smartwatches is driving Fitbit's turnaround.

Google has almost certainly already been hard at work developing a Pixel Watch, and ideally the tech giant will have something to unveil this year. Hopefully, that product will be compelling enough to bring more competition to the smartwatch space. Either way, the IP buy will accelerate its smartwatch road map going forward.

An Activist Investor Is Going After Alphabet. Does That Make the Stock a Buy?