A greater reliance on services is forcing a change in strategy.

Apple (AAPL -1.96%) has been one of the most successful companies of all time, and with good reason. The tech giant introduced the iPod and the iTunes Store, which revolutionized the music industry. Not content to stop there, the company developed the groundbreaking iPhone, changing how people interact with devices.

One of the strategies that has served Apple well over the years is that of the "walled garden," a closed ecosystem enabling the company to regulate not only the hardware, but also the software, apps, and services on its devices -- effectively controlling every aspect of the user experience. Apple's meticulous attention to detail and reputation for quality kept consumers coming back for more.

However, slowing iPhone sales, and Apple's increasing dependence on services for growth, are forcing the company outside its walled garden for the first time in its storied history. 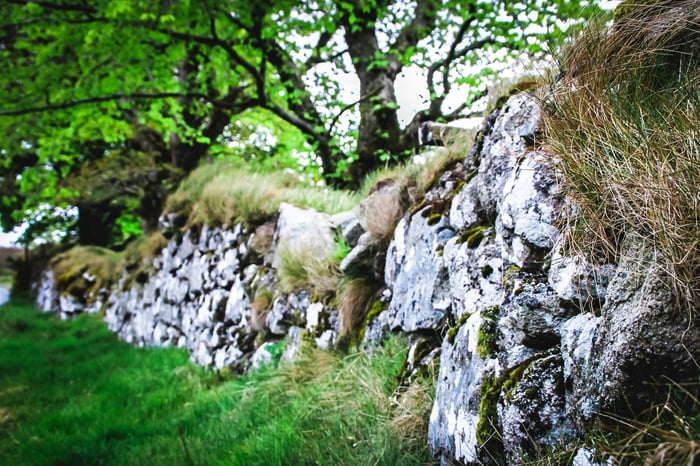 Cracks in the wall

Several recent developments show how Apple is beginning to abandon some of its long-standing practices, as it transitions from primarily being a device maker to a heavier reliance on services and subscriptions.

In November, Apple struck a deal to sell a number of its products directly on Amazon's e-commerce site.  A highlight of that deal brought Apple Music to Amazon's Echo devices, a remarkable shift for a company that had released its own HomePod speaker less than a year earlier. Even more telling was the announcement that Apple Music would be coming to other Alexa-powered devices made by Sonos and Logitech.

At the Consumer Electronics Show in Las Vegas last week, a wide array of television manufacturers including LG, Sony, and Vizio announced that key products would be compatible with Apple's AirPlay 2 technology. The system lets you share videos, photos, and music from Apple devices to the Apple TV and a wide assortment of popular speakers, and soon to a range of products from the above-mentioned manufacturers.

Samsung went a step further, revealing that it will include a new app on some TV models that will allow viewers to log directly into their Apple accounts and stream TV series and movies from iTunes.

These alliances aren't that unexpected. Apple has had a long history of partnerships to develop apps and systems for its devices, although those still gave the company a modicum of control. Collaboration with IBM in 2014 resulted in the development of a new class of business apps and brought the company's data analytics to the iPhone and iPad. This helped push Apple further into the enterprise market, but it still had input into the final product.

What is surprising is Apple's willingness to expand the availability of its services and subscriptions to a growing list of products from a wide variety of manufacturers. This signals the importance of services to Apple's future growth. It also illustrates its need to abandon a long history of self-reliance in order to make access to its services more ubiquitous, and available across a greater swath of devices than just its own.

Apple investors have long feared a slowdown in the sale of iPhones, and those concerns have finally been realized. In a letter to shareholders earlier this month, Apple CEO Tim Cook revised guidance for the important holiday quarter, saying that disappointing sales of the iconic device would result in a revenue decline of 5% -- just two months after guiding for year-over-year growth of 0.8% to 5.3%.

Cook said that declining iPhone sales, particularly in China, were responsible for the deficit. It's important to note that the ongoing trade war between Washington and Beijing is likely to be responsible, at least in part, for the iPhone's troubles. That said, it also shows that Apple's focus on services is becoming more important than ever to the company's future.